Leader of the opposition David Pierre ties the knot 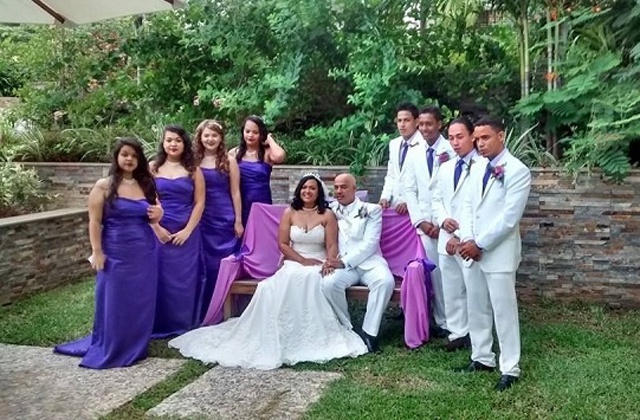 The leader of the official opposition in Seychelles, David Pierre, married in a glamorous but low-key event last weekend (David Pierre)

(Seychelles News Agency) - The leader of the opposition in the National Assembly of Seychelles, David Pierre declared his commitment to his partner of six years, Veronique (née Monnaie) last Saturday.

Around a hundred people were invited to the ceremony held at the Savoy Hotel in the well-known tourist district of Beau Vallon, located in the north of Mahé, the main inhabited island of Seychelles.

Earlier, the couple, clad all in white, had exchanged vows at the Cathedral of the Immaculate Conception located in Victoria, the capital of Seychelles.

"We wanted a simple ceremony with our family and close friends," said David Pierre to SNA.

Pierre, 47 years old, decided to tie the knot with Veronica after living together for six years.

The newlyweds have a three-year-old daughter, named Paris.

Pierre, aged 47, was previously married and divorced, but he told SNA that this was the first time that he had married in church.

"As there is much talk about family and spirituality, I wanted to set an example for my family and for society," said Pierre.

For now, Pierre says he and Veronica have not yet decided where they will go for their honeymoon.