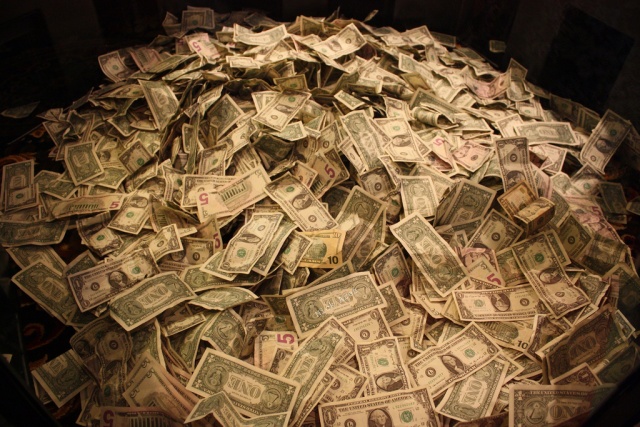 (Seychelles News Agency) - Authorities in the Seychelles are investigating claims that members of the former Ukrainian government were laundering money through the Indian Ocean archipelago’s offshore companies sector, has confirmed the Seychelles Financial Intelligence Unit in a statement issued Friday April 11.

Seychelles is amongst several other offshore jurisdictions that have been linked to a UK based company that has allegedly helped former Ukrainian President Viktor Yanukovych and former members of his government to move several millions of dollars of stolen money from Ukraine.

The allegations were first reported in early March 2014 in well-known British publications such as ‘The Economist’, ‘The Independent’ amongst others.

In a statement, FIU said the international press has named two Seychelles' registered International Business Companies (IBCs) Intrahold AG and Monohold AG which they say are affiliated with the Yanukovych’s government.

FIU has sought the expertise of international partners to investigate the allegations including Washington-based Stolen Assets Recovery (StAR) Program funded by the World Bank to support international efforts to end safe havens for corrupt funds.

So far the Seychelles authorities have not been able to confirm whether any of the allegations are true or not.

“While no assets have yet been located in Seychelles, the fact that these companies were incorporated here and the opaque circumstances of their corporate structures (namely the use of the London-based intermediary, the Cyprus-based directors and the placement of bank accounts in yet other jurisdictions) is a clear example of how the Seychelles IBCs are being used to facilitate corruption and criminality,” said the FIU statement.

In her interview with SBC, Hassan said if it is proven that there is stolen money linked to the former members of the Ukrainian government being hidden through Seychelles’ registered companies the money will be seized by the Seychelles government.

“Each year, the Supreme Court of Seychelles orders the freezing and forfeiture of millions of dollars in criminal proceeds from offshore-related crime as a result of investigations conducted by the FIU and represented by attorneys from the Attorney General’s office,” said the FIU statement.

“In addition to the action taken by the FIU against proceeds derived from domestic criminal conduct, mainly drug trafficking, the Supreme Court has made a considerable number of freezing and forfeiture orders amounting to millions of dollars in criminal proceeds from offshore related crime as a result of investigations and international cooperation.”

It is not the first time Seychelles’ offshore jurisdiction has been labelled as a tax haven, by the international media as they investigate money laundering activities.

An Al Jazeera produced documentary in November 2012 uncovered two out of 10 Seychelles-based corporate service providers they had contacted were prepared to engage in illegal practices. Following the revelations, the Seychelles authorities investigated them and they were shut down.

Meanwhile, the Seychelles authorities have been taking steps to ensure that all proper laws governing the offshore sector are in place and are being respected.

A new body, the Financial Services Agency (FSA) was set up earlier this year as the regulator of Seychelles corporate services providers, securities exchange, insurance and other related businesses.

In November 2013, Seychelles National Assembly also approved amendments to some sections of the 1994 International Business Companies Act and the inclusion of a new section to ensure that the law and offshore sector are in line with international standards and the Organisation for Economic Co-operation and Development (OECD) recommendations.

The OECD in 2013 categorised the Seychelles jurisdiction as "non-compliant" in terms of tax transparency rules, along with Switzerland and Cyprus. Seychelles defended its reputation, saying it was committed to implementing internationally agreed tax standards, but that delays were experienced in introducing new legislation following two elections.

Today Seychelles' offshore sector comprises of some 140,000 International Business companies compared to 650 Companies when it launched into offshore business in 1996.