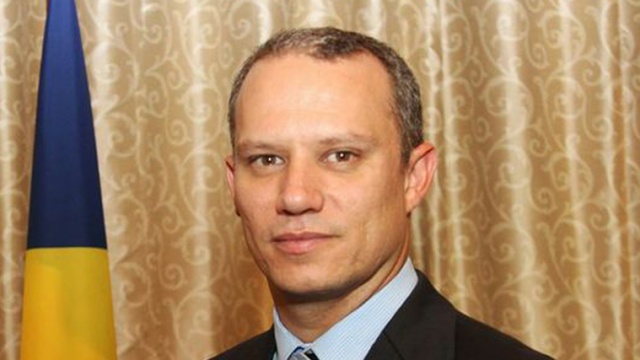 (Seychelles News Agency) - The US report on Human Rights in Seychelles is not necessarily worse than similar ones the US has published on developed countries worldwide, but Seychelles still rejects the report as it does not indicate the method used to prepare the document, said Seychelles Minister for Foreign Affairs Jean-Paul Adam this morning.

Adam was answering a question from the leader of government business Marie-Antoinette Rose on the government’s reaction with regards to the US State Department’s report on Seychelles human rights published recently.

During a visit to the Indian archipelago last week the principal deputy assistant secretary of the Bureau of African Affairs in the US Department of State Robert Jackson affirmed that the US stands by the contents of the report despite the fact that the Seychelles government has rejected its validity.

“We have no objections that the US publishes a human rights report on Seychelles, but it is our right as a country to comment on the report,” said Adam.

“To us it is a desktop compiled report which is not based on any visit to assess the situation first hand and to discuss with the different partners. Because when preparing such a report you need to meet with the civil society, with the government and everybody in an in-depth manner.”

As the US does not have an embassy in Seychelles said Adam, the government feels the reports does not reflect the reality in its entirety.

“We are not saying that certain incidents in the report are not based on reality, but the methodology does not correspond with a report that will allow us to react upon it,” he added.

The minister noted that many of the issues raised have already been reported on in the local media but that the report lacked details of what has already been addressed such as investigations that has been carried out or actions that the government is undertaking to address these issues.

Adam noted that human rights cannot be measured in figures but has to be reinforced through laws and institutions, through the capacity of the security forces, social institutions but also the government.

“Human rights is not only criticizing if there is a problem with the police but is a question of whether the population has access to the basic needs such as water, electricity and employment,” said Adam.

With regards to what is being done to address the issue of human rights in the Indian Ocean archipelago, Adam noted that Seychelles is working closely with the United Nations on the universal periodic review carried out in 2011 which was followed by a plan of action.

“Work is also being carried out with the United Nations Office on Drugs and Crime (UNODC) to reinforce the capacity of our security forces, together with our partnership with the Commonwealth we are looking at our institutions such as the Human Rights Commission.”

The head of Seychelles’ diplomacy also stated that the country is among few African countries that have readily invited UN rapporteurs to investigate any issue or concern raised about the Seychelles.

So far a rapporteur on education and one on human trafficking have been to Seychelles and have produced reports followed by a plan of action.

“Seychelles’ approach is to work on those reports that identify our capacity-building needs and find ways to improve and bridge the gaps identified,” said Adam.

Diplomacy » Be a reporter: Write and send your article » Subscribe for news alert
Tags: US, human rights, UNODC, Commonwealth