Seychelles is the fattest country in sub-Saharan Africa, according to WHO report 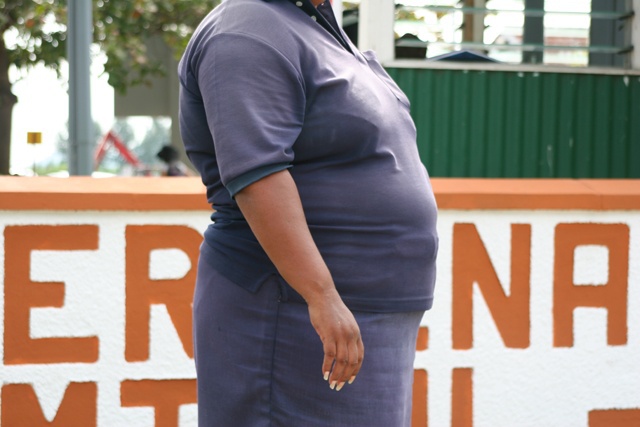 Obesity is a concern in Seychelles - according to new data from the World Health Organisation, Seychelles has the biggest obesity problem in sub-Saharan Africa (Seychelles News Agency)

(Seychelles News Agency) - Recent data from the World Health Organisation has stated that the Seychelles has the highest proportion of overweight and obese men and women in sub-Saharan Africa.

The report, entitled ‘Global Status of Non Communicable Disease’ defines 'overweight' as adults with a Body Mass Index (BMI) of more than 25 and defines 'obese' as more than 30.

The BMI figure is calculated using a person’s weight and height.

Using this indicator, the the 115-island archipelago of Seychelles’ 90,000-strong population is reported to have around 74 percent of its adult female population classified as overweight and 43 percent classified as obese.

Similarly, the proportion of overweight men in Seychelles is also the highest in sub-Saharan Africa, at 64 percent overweight and 21 percent classified as obese.

Aside from women in Seychelles, South Africa, Lesotho, Mauritania and Mauritius have tipped the scales as the countries with the most obese females in the region.

As far as African men are concerned, the top five nations for obesity are Seychelles, Cameroon, Mauritius, Equatorial Guinea and South Africa respectively.

Responding to SNA in an e-mail interview, Dr. Pascal Bovet, who is responsible for Non-Communicable Diseases in the Seychelles Ministry of Health said that the indication of the prevalence of overweight people in the population was “not necessarily an unhealthy condition”, particularly among middle-aged people.

Moreover, Bovet has questioned the methodology used in the report, stating that “few countries in Africa have adequate population-based data” and fewer were likely to have recent data on the proportion of its population classed as overweight.

According to the health official, Seychelles most recent record of population based data was taken in 2013-2014.

Bovet has however not dismissed the report of WHO out of hand though, stating that it provided important indicators that are pertinent for the nine targets to be achieved by 2025 agreed by WHO member states.

This includes the target of "0% increase of overweight and obesity by 2025".

Seychelles has been battling with a bulging obesity problem in the last few decades, with rapidly expanding waistlines noticeable in both adults and children.

A 15-year-long population-based study conducted in Seychelles recently found that differing lifestyles between the wealthy and poor play a key role in preventable deaths from diseases such as cardio-vascular disease in the archipelago.

The report reveals that the obesity epidemic has affected small island developing states in the Pacific the most, such as Nauru, Tonga, Cook Islands and Samoa, which topped the list as the ten most overweight countries in both gender.

“It is not fully clear why prevalence of overweight is so high in island countries,” says Bovet, noting that many small island states in the Pacific have more than 90% of their population classified as overweight.

Tackling the tsunami of obesity

According to Bovet, the Seychelles is however well-aware of the dangers of obesity, adding that a comprehensive and extensive programme is in place to tackle the population’s unhealthy eating habits.

One of the ways to reduce weight problems is through a proper diet with a reduced overall calorie intake and reduced food proportions.

“For example, food contained in take away in Seychelles is often too large and brings too much energy for most people… reduction and avoidance of intake of soft drinks and packed fruit juices, and instead rely on water, including tap water,” the doctor recommended.

He also advocated for larger portions of vegetables and salads to be consumed in place of large portions of oily foods and rice.

“Making such dietary changes relies on decisions by individuals but also on public policy  to ensure that healthy food is available and affordable, including in schools, canteens, etc.”.

In addition to being more conscious on what they are eating, Bovet says physical activity should be a must, discouraging “the use of private cars and the promotion of walking”.

He also adds that schools should also promote compulsory physical activities for all students.

“…bold efforts need to be taken as the tsunami of obesity in our societies will inevitably be accompanied by a tsunami of diabetes patients and other diseases related to obesity, which will in turn result in enormous costs to society (health, economic, social) during the next two to three decades,” concluded Bovet.