106 and still going strong! Boiled cassava and no alcohol is Nancy Marie’s recipe for long life 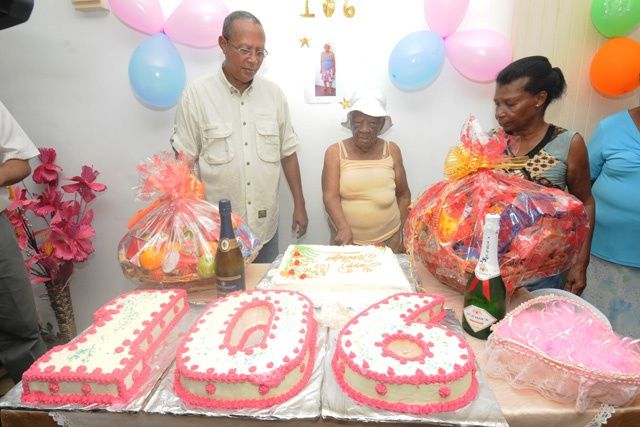 (Seychelles News Agency) - How many candles can a 106-year-old blow out? For the oldest citizen of the Seychelles islands situated in the warm equatorial waters of the Indian Ocean, it's still a breeze.

Born on the archipelago’s second-largest island of Praslin on January 26, 1909, Nancy Marie is officially the oldest of the 115 islands’ total population of 90,000 inhabitants.

She spent the earliest years of her long life on Praslin among the coco-de-mer palms, which naturally produces the largest and most erotically-shaped seed in the world.

In her younger years, she worked in a factory on Praslin that made coconut oil from the coconut plantations which were abundant on the islands in those days.

Madame Marie, as she is known to others, then came to settle on the main island of Mahé, in the northern district of Beau Vallon, where she worked as a laundress, washing and ironing clothes for a minimal fee.

Now she lives in Ma Joie in the English River district, located in the northern suburbs of the Seychelles capital of Victoria with her daughter Anne Marie.

"My mother is doing well, she even does housework and cooks from time to time," Anne Marie told SNA.

"She likes to eat boiled bananas, cassava – all those things which we used to eat in the old days," she said.

Madame Marie has four children: two girls and two boys, but today, only one son and one daughter, Anne Marie, are still surviving.

"When she gave birth to my brother, it was nearly 70 years ago,” said her daughter. “She almost died and her condition was grave. The priest came to give her the anointing of the sick, but she was lucky as she is still here.”

At 106 years old, Madame Marie will still from time to time attend the nearby church of Bel Ombre, particularly when there is a special mass for the sick and the elderly.

According to her daughter, Madame Marie’s longevity is put down to the same healthy habits practised by most of her other peers who have made it over the 100-year mark: no alcohol and no smoking, and Anne Marie says that her mother’s robust health has lead her to hope that she will still be among her family for at least a few more years to come.

Age 112! Seychelles' oldest citizen celebrates another year around the sun