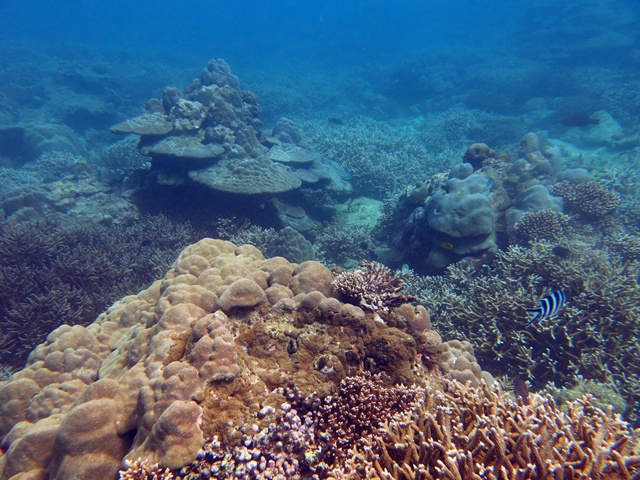 (Seychelles News Agency) - Recent studies have showed that more than 90 per cent of coral reefs in the Seychelles are slowly but surely recuperating from the global 1998 El Niño phenomenon.

The natural weather event resulted in an increase in sea temperature and subsequently a huge die-off among these living organisms.

Although such weather patterns cannot be averted, scientists have pointed out five major indicators that could help predict how corals will react should there be a further increase in sea temperatures.

According to the research published in the Nature journal , the level of nutrients in the water, the number of fish grazing algae from the reefs as well as the survival of juvenile coral recruits contributes towards rapid recovery of coral reef communities.

In a press release, the lead author of the study, Dr Nicholas Graham from the ARC Centre of Excellence for Coral Reef Studies at James Cook University in Australia, says that recovery rates of up to 98 percent were noted in reefs located in deep waters and in corals with good physical structures on the sea floor.

The researchers from Australia, the United Kingdom and France, used twenty years of data collected in several sites around the Indian Ocean archipelago of 115 islands, particularly around the inner ring of 40 granitic islands, which were affected by coral bleaching the most of all.

They were especially interested in data collected before and after the El Niño phenomenon of 1998 in 21 reefs around the inner islands.

Using this information, they identified thresholds that indicated whether or not the reefs would recover.

“Putting numbers on the threshold points at which reefs either recover or degrade helps predict reef futures under climate change,” Dr Graham said.

These indicators, according to Graham’s co-author Aaron MacNeil, from the Australian Institute of Marine Science, could “give reef management a major boost in the face of the threats posed by climate change”.

“By carefully managing reefs with conditions that are more likely to recover from climate-induced bleaching, we give them the best possible chance of surviving over the long term, while reduction of local pressures that damage corals and diminish water quality will help to increase the proportion of reefs that can bounce back,” said MacNeil.

With predictions that coral bleaching incidences will increase in the years to come, the result of the study could be the first step towards putting in place measures that could offer these fragile ecosystems a fighting chance of survival for the future.

World's oceans are heating up at quickening pace: study