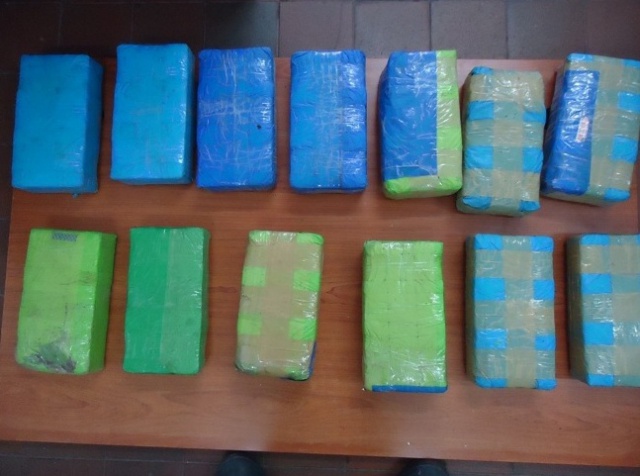 (Seychelles News Agency) - The National Drug Enforcement Agency (NDEA) of Seychelles has announced the arrest of three men on Wednesday in connection with the discovery and seizure of a sizeable amount of narcotics.

According to a statement issued by the agency this evening, the NDEA estimates today's haul to have a street value of 9 million Seychelles rupees (around $640,000).

The contraband, some 18.2 kg of compressed cannabis, was discovered in a warehouse in the Cascade area, on the eastern coast of the archipelago's main island of Mahe.

The agency says it believes that this latest seizure "represents the work of a group set up to replace a drug distribution network interdicted by the NDEA in April last year," read the press statement.

The intelligence-led operation in question took place on the 9th of April, 2014, which resulted in the seizure of SR 20 million and the arrest of four men in the Anse Boileau district on the west coast of Mahe.

The agency says further arrests and seizures are expected during the course of their ongoing investigations.