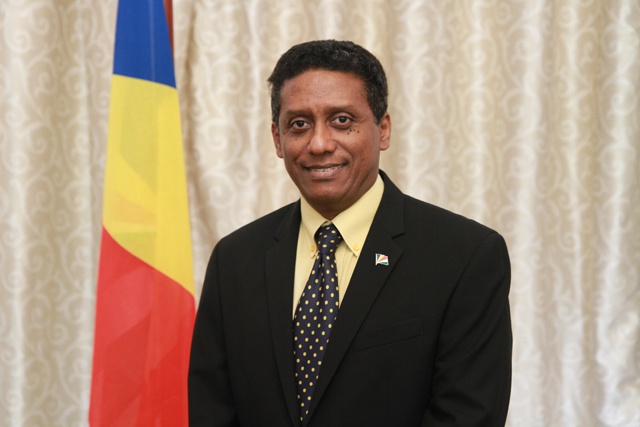 (Seychelles News Agency) - The Vice President of the Seychelles, Danny Faure, has said that the Indian Ocean island archipelago is wholeheartedly committed to the ideals of collective security for the African continent, according to a press statement issued on Sunday.

Representing the Seychelles President, James Michel, at the African Union’s 24th Heads of State Summit held in Addis Ababa last Friday and Saturday, Faure said that although Seychelles, with its population of only 90,000 people, was the AU’s smallest member, it still had a meaningful contribution to make for the peace and prosperity of Africa given its pivotal role in combating piracy around the Horn of Africa.

"Seychelles rejects all forms of intolerance represented by groups such as Boko Haram or Al Shabab. We must use our collective security institutions to ensure that these groups do not hold the peace and prosperity of our continent hostage,” said the Vice President at a security briefing held at the summit.

"While we are not a country that has battalions to commit, we commit ourselves without reservation to the ideal of collective security."

Seychelles will be taking chairmanship of the East African Standby Force (EASF), and has already committed military personnel and a refuelling tanker to aid security operations in the region.

"A secure oceanic space is an essential component of a secure region,” said Vice President Faure, explaining that the island nation had achieved a great deal towards maritime security off the east coast of Africa by working with regional partners for intelligence sharing.

He called on the AU to further support efforts to tackle drug, human and arms trafficking.

Faure also made reference to the Seychelles’ bid for a non-permanent seat on the United Nations Security Council between 2017 and 2018.

"We believe that our nation's peaceful existence has much to contribute to the peace and stability of Africa and... based on the sacrosanct principle of rotation and as an African island state, Seychelles stands ready to serve and ensure that the voice of Africa is heard far and wide," he said.

At the gathering of the African Heads of State Summit, Vice President Faure welcomed the importance being placed on African islands by the African Union, through the Agenda 2063 "The Africa We Want".

"Although small, our role as custodians of our oceanic spaces, means that our development translates into the development of Africa as a whole.”

Faure also invited more African states to engage with the Blue Economy concept, announcing that Seychelles would soon host a conference to follow on from the interest generated at the first high level meeting on the topic of sustainable ocean economies in partnership with the United Arab Emirates during the Sustainability Week in Abu Dhabi in January 2014.

"It is with this mindset that Seychelles will host a Second Blue Economy Conference in November 2015,” he said. “We hope at that meeting to be able to also make a real contribution to Africa's capacity to develop its oceans potential; its own terms, on African shores. We count on the support of the African Union and all our partners to make this conference a success.”

The assembled heads of state meeting drew media attention over the weekend after African leaders appointed Zimbabwean President Robert Mugabe as the new chairperson of the African Union.

Mugabe, who turns 91 in February, has succeeded Mauritania's President Mohamed Ould Abdel Aziz in the rotational chairmanship, despite a dismal human rights record in his own country and numerous sanctions and travel bans slapped on him and his government by the West.

The Zimbabwean leader has been in power for 35 years after coming to power in 1980 when Zimbabwe gained independence from Britain.

Known for his often undiplomatic comments, Mugabe has already drawn criticism while at the summit for remarking that it was “not possible that women can be at par with men”. The theme for this year's summit is women's empowerment.