No happy ending in sight, says Chagossian community in Seychelles 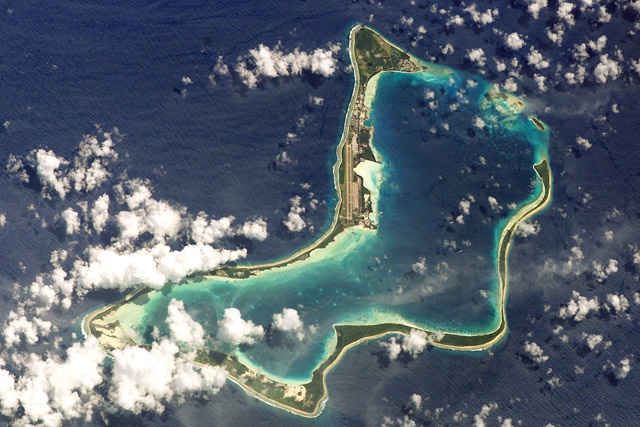 (Seychelles News Agency) - The Chagossians of the Seychelles are not impressed by the outcome of the second feasibility study conducted by an independent organisation investigating whether or not they would be able to return to their native islands.

After being steadily evicted by the British to the neighbouring islands of Seychelles and Mauritius from 1968 to 1973, the roughly two thousand inhabitants of the Chagos archipelago, now scattered broadly across the Indian Ocean and the United Kingdom, have described the study as “nothing new”.

Speaking to SNA, the chairperson of the Chagossians Committee in Seychelles, Gilberte Gendron says the document which was presented to them earlier this month is “too vague”.

“It presents a monetary importance to the issue which will again make us, the Chagossians, reliant on the British for financial assistance, if we are ever allowed to go back to our native island,” says Gendron.

The study conducted by KPMG in the archipelago known as the British Indian Ocean Territory (BIOT), states that although some of the islands are not feasible for settlement, others are – but at a cost of more than 37 million pounds sterling (around $58 million).

These include infrastructure development on Diego Garcia and other islands for large, medium or small scale settlements.

Initial studies commissioned by the British government had looked at natural resources available for settlement on the isolated and low-lying outer atolls of Peros Banhos and Salomon.

A precarious step towards settlement

While the majority were exiled to Mauritius, today in Seychelles there are over 250 original Chagossians, and their descendants now amount to around twice that number.

After 50 years, the lease the US negotiated with the British government to establish their military base on the Chagos islands expires in 2016, with discussions over renewal scheduled for 2015.

Although the Cameron administration remains tight-lipped as to whether or not they will renew the agreement with America, the Chagossians are not holding their breath for news of what they are really hoping for: a chance to go back for good.

“Most of those born on Chagos Islands are too old to settle there and after all these years we are not optimistic that it will happen any time soon,” says Gendron, who is a descendant of Chagos people often referred to as ‘Ilois’ (people of the islands).

With the original Chagossian-born people dwindling away, it is the descendants who have taken up the cause in what could well be considered a case of David against Goliath.

To further complicate matters, the Mauritian government is also asking the British government to honour its original undertaking to eventually return the islands to Mauritius.

Since 1978, the Chagossians have filed several court cases against the British government for their rights to return to the island and for some sort of compensations which included the possibility of living in the UK and visits to Diego Garcia, the first of which was conducted in 2010.

“After the last group visited the island, they told us stories of abandoned buildings and tombstones… Now everyone looks forward to the visit. It is the only way we can go back there,” Gendron told SNA, adding that a tentative date has been given for the month of April where five Chagossians and one helper from Seychelles are expected to visit the Chagos islands.

A sizeable number of the exiled population decided to move to the United Kingdom after they were finally given eligibility in 2001 to apply for British citizenship, which was taken up by approximately 1,000 individuals.

In 2010, the British government announced the creation of the world's largest Marine Protected Area (MPA) which consists of most of the Chagos archipelago, prohibiting extractive activities of any kind, including commercial fishing.

A few months later a leaked diplomatic cable revealed exchanges between US and British officials, in which the British foreign office director assured his American counterpart that “BIOT’s former inhabitants would find it difficult, if not impossible, to pursue their claim for resettlement on the islands if the entire Chagos Archipelago were a marine reserve”.

Allegations of Diego Garcia’s shadowy history after the establishment of the U.S. base have now been brought to light in an exclusive interview between a senior Bush administration official and Vice News.

It was revealed that the isolated sunny atoll had become the setting for something altogether much darker: the interrogation of suspected terrorists abducted in ‘extraordinary renditions’ after the 9/11 terrorist attack in the United States.

It is the first time officials have stated on the record that the military base was a part of the CIA's global network of ‘black sites’.

The island was also the main source of U.S. aircraft sorties during the bombings of Iraq and Afghanistan in the aftermath of the World Trade Centre attacks.

“The Chagossians and their descendants living in Seychelles are too small. Often our voices are not heard, compared to those living in Mauritius and elsewhere but we have the right to be consulted on matters of Diego Garcia”, says Gendron who adds that the committee will convene soon to discuss the implications of the study and the way forward.

Meanwhile, a possible debate on the issue of Diego Garcia in the British parliament have been raised in the beginning of the year and through their website the UK Chagos Support Group have been rallying support for their plight.

“It will all depend on the British government now,” concludes Gendron.