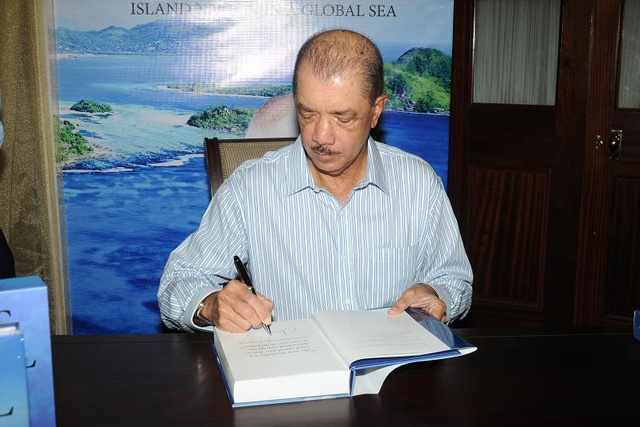 (Seychelles News Agency) - Seychelles President James Michel has unveiled his new book titled ‘Island Nation in a Global Sea: Making the new Seychelles’, in a ceremony at State House this evening coinciding with his 10 years in office.

A collection of speeches and analysis of those speeches, the book is the third from the Seychelles’ president after ‘A Man of the People’ (2010) and ‘Distant Horizons, My Reflections’ (2011).

Michel said his new book recounts an extraordinary story of the many challenges and sacrifices in the making of the new Seychelles and the Seychelles brand adding that it is also of the delivered promises of the past ten years. 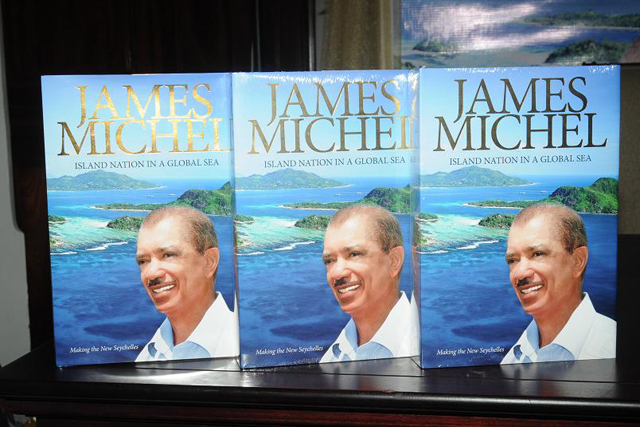 He however noted that it is the story not only of himself, but also of the people of Seychelles stating this same reason for writing the book.

“It is in this way that the march along this historic road could be documented. […] I have drawn on a selection of my speeches and these are included in the volume as well as the narrative. Yes, in part this is a story of my own presidency. But it is, no less, a story of the part played by all Seychellois. It tells of how far we have come in embracing and confronting the challenges of globalization, of how far we have come along the road to the New Seychelles," said Michel.

The book was introduced by respected Seychellois lawyer, politician and chronicler Bernard Georges who said the new book serves a purpose for being an important record of the last ten years in the history of the nation.

"It serves to nail you to a particular benchmark […]. This benchmark will serve as a pivot for two things- for those who wish to build on your ideas to have a foundation on which to work to, but no less important, for those who wish to criticize your methods to have a reference point for doing so. Both are equally important for it is the lot of the politician and leader to stimulate bother followers and detractors to greater things, for the greater good, "said Georges.

The 400 page book will be on sale in the Indian Ocean archipelago soon. 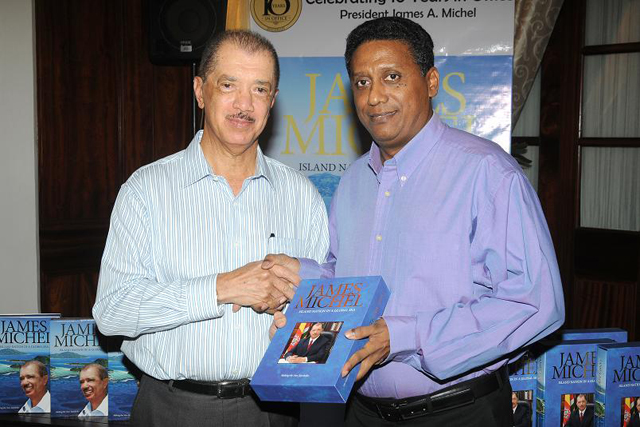