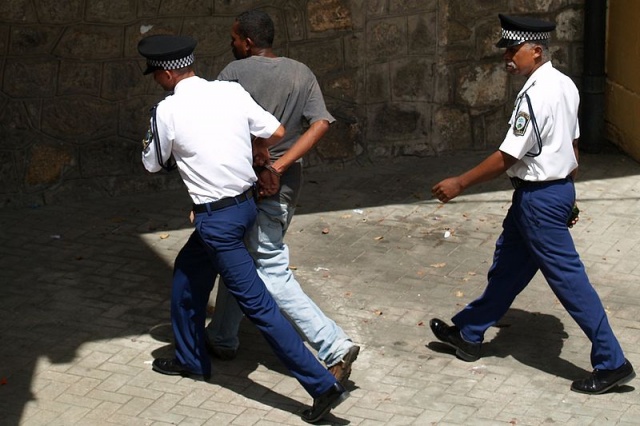 (Seychelles News Agency) - Statistics have shown a large drop in criminal activities in Seychelles islands over the past year. The total number of recorded crimes dropped by 29.27% in 2013 compared to 2012. The areas which have seen the most significant decreases are theft, arson, criminal damage, burglaries and house breaking.

This was announced by the Indian Ocean island nations' Minister of Home Affairs and Transport, Joel Morgan, at an annual police meeting on 7 January.

According to Chief Superintendent Guy Roucou, the Seychelles police force has had to make a series of adjustments over the last few decades from a sleepy island state where tackling the theft of coconuts was a top priority to a modern police force capable of dealing with crimes common to the globalised world.

A worrying increase in drug intake among certain sections of the population, particularly intravenous heroin use, has led to a surge in drug-related crimes such as petty theft, housebreaking and narcotics offences.

According to Minister Morgan, these new challenges have not prevented the police from achieving the remarkable drop in crime for 2013, which he attributes to a repositioning of the police department as well as a more pro-active approach which was implemented at the end of the previous year.

During 2012, the government contracted Nepalese Gurkhas as security officers to support the work of the local police force, increase visible policing and eradicate corruption.

“This result has not come haphazardly but rather it has happened as a result of assessments, planning, training and an overall methodical approach to deliver the day-to-day service of policing in a manner that was most likely to have a direct and positive impact in general,” the minister said.

While levels of anti-public order offences and anti-social behaviour have remained stable, murder, manslaughter and dangerous driving death cases have all seen a slight increase compared to 2012. Sexual offences and fraud cases have also been on the rise in the past year.

All these areas will be the target of renewed attention in 2014, according to Morgan, who said that the police would be partnering with other key agencies as well as civil society organisations to combat these issues, which he is sure will help to bring crime levels down overall.

During 2014 Morgan plans to beef up coastal law enforcement with the creation of another body – the Police Marine Unit. Focus will also be placed on improving the professionalism of the Police Security Support Wing (PSSW).

“The positive transformation of the police force will continue as there will still be much to do in the future to ameliorate the country’s stability and fight against criminality,” said the minister. “We must improve our professionalism, including the approach of officers and their interaction with the public.”

Morgan added that a zero tolerance policy would be adopted against graft and criminal activities within the police, saying that any police officer found to be involved in such acts would be dealt with according to the law.