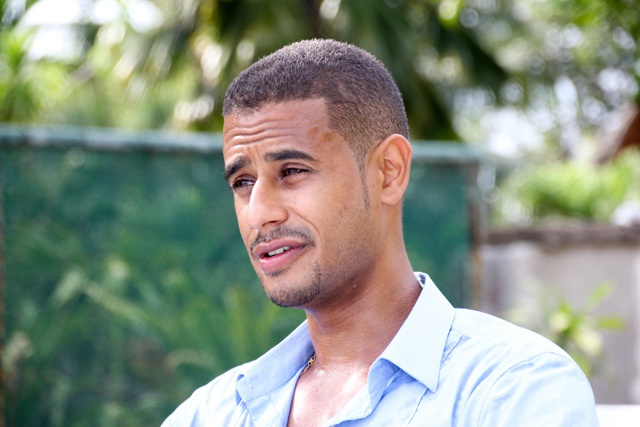 (Seychelles News Agency) - The Seychelles archipelago with its lush vegetation, pristine beaches and a fusion of ethnicities was the perfect evocative setting for a prospective movie, but disaster struck when the script was lost.

The scriptwriter, Canadian actor Neil Denis, had come to Seychelles to get away from it all and start afresh with an independent project of his own.

“It took me a year and ten months to write the script and I was ready to start shooting. I had spoken to local musicians to start composing some lyrics and music. We had started to film underwater shots because the plot had a certain adventure to it. It could have been broadcast internationally,” said Denis.

Just a week after the 29-year-old Stargate SG-1 star landed in Seychelles early in February this year, two of his laptops were stolen, containing his precious film script, as well as a novel he had been working on for many years.

While he is still hoping the police will recover the laptops, Denis seems determined not to let this setback keep him away from his creative passion.

More to life than Hollywood

Denis started his career as an actor at the age of five in Vancouver, Canada, doing voice-overs in commercials.

His first appearance in Out of Time, directed by Ernest Thompson in 2000 alongside James McDaniel and Mel Harris propelled him towards stardom.

He had also played in various series, including a leading role in Barbara Streisand’s project Frankie & Hazel with Joan Plowright and the Paramount Pictures television series “Seven Days” which was directed by John McPherson.

Back then, Denis was considered in the industry as a successful black teenage actor, especially when Zolar, produced by James Shavick and Kirk Shaw in 2004, became a hit in the United States.

According to Denis, his greatest success was his nine-year appearance on the Stargate SG-1 series alongside actors such as Richard Dean Andersen and Christopher Judge, which he says was a great opportunity to work with some amazing people, learn from producers and directors and work with what he described as some of the best cinematographers in the world.

With over 60 movie, series and credits to his name, Denis has thoroughly enjoyed life as an actor, but fifteen years into his career, he found himself filled with a sudden longing to get away from the party lifestyle and the bright lights.

“I was 20, I was living in a sub pen house in Vancouver [Canada], I was having a party every night, sitting in my hot tub on my patio and I just had the feeling come over me that there is much more to life and I made the decision then and there that I wanted to go back to my roots,” said Denis to SNA with a disarming smile.

That was nine years ago. Since then, Denis has lived in East Africa with his parents, both of whom had moved from Seychelles to study and work. Denis and his older sister Natasha were both born in Kenya and have several relatives there.

Back to his roots and a first novel

Denis’s parents were both born on the main island of Mahé and the actor made sure that he took time off every two years from his globe-trotting career to visit the adoptive family of his mother who now live on Praslin, the second most populated island of the archipelago.

“I am a human being and I think that the world is a rapidly shrinking place but I would identify myself as a Seychellois-Canadian. I have the sun and the sea in my blood. I owe Canada quite a bit for being there for my family and educating me. But this is the place I have always called home since I was three years old,” said Denis who adds that whenever he left Seychelles he took the ocean, surfing, fishing and a few Creole words with him.

Denis started to work on a novel as a way to keep him busy, and centred on his experience of moving to Canada following turmoil among ethnic groups in Kenya in the 1980’s.

After arriving in Canada, his family’s aspirations for the future took a sudden turn for the worse after his parents and elder sister were involved in a major car accident that almost cost them their lives. Denis was also in the car but he got away with only a few scratches.

Soon afterwards, Denis, inspired by Eddy Murphy’s stand-up comedy, discovered his love for impersonation, which he used to entertain his then wheel-chair bound father.

“I landed my first commercial for a toy when I was five and a half years old... I brought home a cheque, which was a good feeling but more than that I brought my dad stories of what I did… it felt like a team sport,” says Denis adding that acting gave his parents and the whole family a new reason to believe and to hope.

After finally deciding to live permanently in Seychelles, Denis has settled for Grand Anse, a district on the east coast of Praslin.

After taking long walks along the beach, his afternoons are often spent chatting under the bodamier tree, with his adoptive grandfather and the Confait family. The family brought up his mother, who was abandoned as a baby by the road side of Anse Aux Pins, on Mahé, the most populated island of Seychelles in 1954. They were instrumental in supporting her through school and university, where she eventually met Denis’s father.

Through these conversations, Denis says he finds inspiration to make Seychelles “a better place for the youth, who have the ability here to achieve whatever [they] want to achieve…”

Having been through so many tribulations and trials, the friendly and laid-back 29 year old, says his lost projects could just be “another divine sign”, but says he is keen to start writing again.

“Do I feel special being an actor, no,” says the dashing young man, flexing his tattooed arms. “You cannot let ego go to your head because material success and professional success can be fleeting but your character is something you take with you when you die and people will remember you by that.”

Asked if he will ever go back to acting and the agency which has represented him for more than ten years, Denis says “I’ll be back, but I will be back when I am ready.”