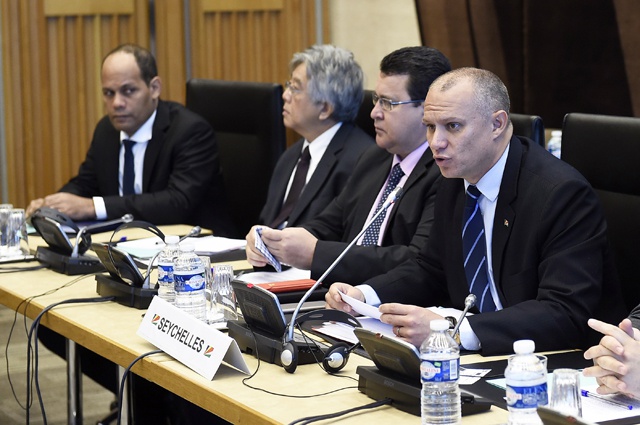 (Seychelles News Agency) - The Seychelles reached a major debt buyback agreement worth $30 million with the Paris Club group of creditors and South Africa in the French capital on Wednesday evening.

The debt will be transferred to a trust which will conserve the Indian Ocean archipelago of 115 islands’ ocean spaces. The Paris Club has also offered an additional five percent debt forgiveness on the original amount.

The news was announced Thursday evening during the Seychelles President James Michel’s annual State of the Nation address at the opening of the country of 90,000 people’s National Assembly.

The debt swap mechanism is an innovative method of debt forgiveness in which a portion of a developing country's foreign debt is forgiven in exchange for a commitment for investments in domestic environmental conservation and sustainability projects.

The remote islands of the Seychelles, many of which are low-lying, are vulnerable to climate change and external global shocks, particularly as the country’s economy is mainly based on fisheries and tourism.

In his State of the Nation address, President Michel praised the agreement as a practical, market-based solution to tackle climate change and support the country’s Blue Economy.

The president thanked all of Seychelles’ partners and creditors who made the agreement possible, particularly his French counterpart, Francois Hollande, who Michel said expressed his support for the proposal when the two met during Michel’s state visit to France in December 2014.

“Once again Seychelles has made history. Seychelles has opened a door that other small island states can enter and follow,” said the president, adding that Seychelles could make a ‘real difference’ in terms of sustainable development and innovation despite its small size.

In 2008, the Indian Ocean island nation’s total public debt stood at 151 percent of GDP, with the external public debt representing almost 95 percent of GDP (US$ 808 million). A large part of Seychelles' debt was towards its Paris Club creditors - an informal grouping of twenty industrialised nations, including France and the United Kingdom - and 40 percent of that debt was in arrears.

It was the default in debt payments that prompted Seychelles President James Michel to embark on a 5 year IMF-backed economic reform programme in October 2008.

According to a State House press statement issued Thursday night, Seychelles will become only the third country to buy back its Paris Club debt at below market value, and the first to do so with funds provided by third parties through a combination of grant money and low interest loans payable in Seychelles rupees.

The project was designed in conjunction with US-based environmental debt swap NGO, The Nature Conservancy (TNC), which has been holding consultations with the Seychelles government and local stakeholders for several years.

The agreement will eventually pave the way for the creation of one of the Indian Ocean’s largest marine reserves – up to 15 percent of Seychelles’ territorial waters could in the coming years be demarcated as no-take ‘replenishment zones’ to protect natural tuna feeding grounds.

Under the agreement, Seychelles will be able to buy back over 90 percent of debt maturities owing to the Paris Club over the next six years at a discounted rate – the highest rate of creditor participation ever achieved in a market-based debt Paris Club buyback transaction, according to the statement.

The Seychelles government will set up the locally-managed Seychelles Conservation and Climate Adaptation Trust (SCCAT), which will purchase and restructure the debt, manage the endowment and enforce the terms of the debt forgiveness agreement.

After 20 years, the endowment is expected to be fully capitalised and will pay out additional funds each year to sustainably fund continued marine conservation and climate adaptation activities.

“This deal demonstrates the tremendous potential for impact investing to protect nature,” said Mark Tercek, President and Chief Executive Officer at The Nature Conservancy in a press statement last night. “Through NatureVest, we are excited to bring together the Paris Club creditors and the Seychelles government to unlock a significant source of capital for marine conservation efforts that will help address climate change.”

According to the statement, NatureVest is a mechanism launched by the organisation to ‘change the way we invest in nature.’

The Seychelles Minister of Finance, Trade, and The Blue Economy, Jean-Paul Adam, who headed the Seychelles delegation to Paris, expressed his appreciation for the international community’s support for Seychelles’ efforts to become more resilient against climate change.

“Seychelles is already recognised as a world leader in climate change adaptation thinking, and the deal we have been able to secure from the Paris Club and South Africa today will release an important environmental funding package that will enable much-anticipated environmental work aimed at transforming oceanic spaces into development spaces to get underway,” he said in the statement, adding that Seychelles could provide a valuable example towards concrete action on climate change at the upcoming UN climate change conference in Paris later this year.

Progress at the OECD

While in Paris, Minister Adam on Tuesday visited the Organisation for Economic Co-operation and Development (OECD) to officially make the Seychelles the 85th signatory of the organisation’s Multilateral Convention on Mutual Administrative Assistance in Tax Matters.

According to a press statement from the OECD, the convention allows for administrative assistance between jurisdictions in tax matters, including the exchange of information, both automatic and upon request.

In November 2013, the Seychelles signed its intent to become a party to the convention but could only accede once its domestic legislation had been accordingly amended in line with the convention.

The amended legislation now allows the Seychelles' Revenue Commission to request information from other tax authorities and seek assistance in collecting outstanding tax debts on a reciprocal basis.