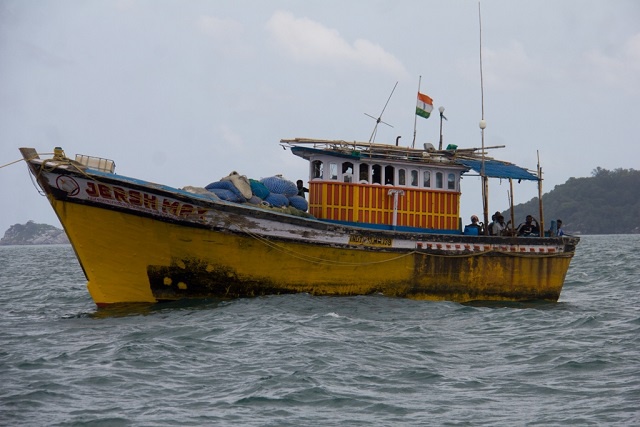 (Seychelles News Agency) - The Seychelles Fishing Authority has confirmed that nineteen fishermen from India who were detained on suspicion of illegally fishing in Seychelles waters have been released by authorities in the Indian Ocean island nation while their captains face prosecution.

According to a telephonic interview conducted this morning with the SFA's acting Chief Executive Officer, Vincent Lucas, the fishermen were released and repatriated to India on an Air Seychelles flight on Tuesday evening with consular assistance from the Indian High Commission in Seychelles.

According to a report in the Times of India news website, the fishermen, who were apprehended on January 28 by the Seychelles Coast Guard in two Indian-flagged vessels, 'Rehoboth' and 'Jersh-Max', were expected to arrive home to their families in the South Indian states of Kerala and Tamil Nadu on Wednesday evening.

The crew members were detained in their vessels at the Port of Victoria while M. Jerine and S. Gracious, the captains of the two vessels, were remanded in judicial custody.

Lucas confirmed to SNA that the captains would face prosecution under the Fisheries Act of 1986.

The Act was recently amended in January this year to reflect Seychelles' ratification of various regional and international treaties and legal instruments to prevent illegal fishing.

Under the new terms of the Act, penalties for illegal fisheries range in severity based on the size of the boat suspected of infringing the law, but can carry a maximum penalty of over 31 million Seychelles rupees (around $2.3 million) for large vessels of over 50 metres in length.

Lucas told SNA that the investigation of the Indian case had been hampered by delays due to the condition of the ship.

"We had some difficulties establishing the facts, because the health authorities did not allow us to go on board because of rats and the state the vessel was in, so it took us a while for us to establish the facts," he said.

"There was some pressure from the Indian High Commission for us to speed up the investigation and release the vessels, but if an offence has been committed in our waters, what we need to do is conduct our investigation, establish the facts and then send the document to the AG’s office."

Lucas added that the SFA had little to do with regards to diplomatic matters and negotiations to free the crew, explaining that the legal processes of each case must be allowed due course to be completed.

The Indian skippers' first court hearing will be held in the Supreme Court on March 13.

On December 17 last year, two Iranian vessels were apprehended in a similar case of suspected illegal fishing in Seychelles' territorial waters. The captains of the vessels were remanded in police custody while their crew members were detained on board their boats, ‘Maoli’ and ‘Marliki’ in Port Victoria.

When the two captains, Mohamed Unes and Yusuf Tinad, were scheduled to appear before the Supreme Court on February 25, it was announced to the judge that the accused were no longer in the country and the case was officially closed, according to the official copy of the judgement forwarded to SNA from the Supreme Court.

According to the SFA's acting CEO, the law makes provision for cases such as these to be settled out of court where both parties have reached a compromise regarding the penalty to be paid. While such matters are pending investigation and the appropriate judicial processes, Lucas says the SFA bears the cost of maintaining and cleaning the vessel as well as providing the crew members with food.

"The [Iranian] matter was settled out of court and the proper documents were signed by the minister, then it went back to court and confirmed that they have made the payment and the boats were subsequently released," explained Lucas.