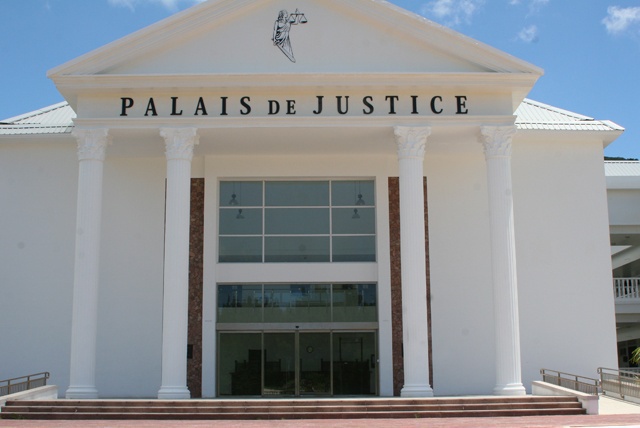 (Seychelles News Agency) - Nineteen months after the violent death of a Seychellois man, Georges Robert, a Supreme Court jury delivered its verdict last night at the Palais de Justice, located at Ile du Port near the Seychelles capital of Victoria.

A jury of nine people found the main accused, Christian Cafrine, who was the former CEO of the National Human Resources Development Council and also former technical adviser at the Ministry of Education, not guilty of Robert’s murder.

The incident occurred during a family picnic on November 10, 2013, in the Takamaka district south of Mahé, the main island of the Seychelles archipelago.

The victim, a 29-year-old father of three, was fatally wounded in the neck when he reportedly tried to intervene in a domestic dispute in which Cafrine was involved.

Robert was taken to the Anse Royale hospital on the east coast of Mahé, where he was certified dead upon arrival.

The case, which began on January 26 this year, before the Supreme Court of Seychelles, was presided upon by Justice Mohan Burhan.

Cafrine was represented by two lawyers, Anthony Juillette and Nichol Gabriel, while state prosecutors Alexandra Madeleine and Tania Potter represented the Office of the Attorney General.

After completing his summary on Wednesday, Judge Burhan asked the jury to commence their deliberations to reach a verdict.

According to the Thursday edition of daily local newspaper ‘Today in Seychelles’, eight of the nine members of the jury delivered their decision last night shortly after 9 pm, and after 15 months in prison, Cafrine was allowed to leave the court as a free man.

"In a murder case, the responsibility lies with the prosecutor to prove the guilt, in this case my client was silent throughout the trial," said Nichol Gabriel, the defense lawyer, in a telephone interview with SNA .

According to Gabriel, no one witnessed the alleged murder scene .

" The witnesses who appeared in court were all members of the family of the victim, who lack credibility in the eyes of the jury," said Gabriel.

This decision has angered the victim’s family, who have raised questions about the verdict.

According to Today newspaper, the aunt of the victim, Mary-Line Marie, who testified in the trial, could not stop screaming, “I saw what happened! There was blood everywhere! How can they say he did not do it?”

“We brought all the evidence showing that it was a murder and we rejected the defense’s points, but in the end it is the jury that decides,” the prosecutor Alexandra Madeleine told SNA.

The Office of the Attorney General has refrained from indulging any speculations surrounding the jury’s decision.

“We are studying the best way to see how justice can be rendered in the death of Georges Robert,” said Ronny Govinden, the Attorney General of the Seychelles in a telephone interview with SNA.

“We cannot appeal the decision because it is a decision that was made by a jury,” he added.