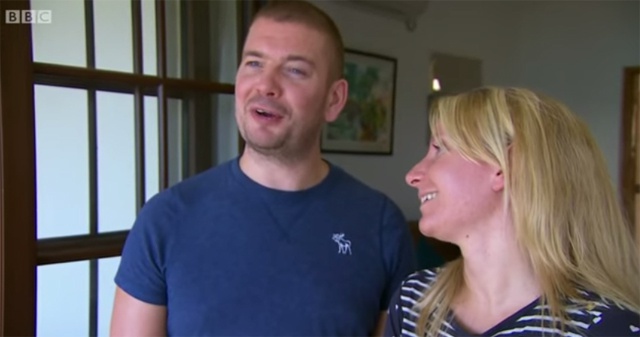 Keen to relocate to warmer climes, young British couple Ian and Emma Burkinshaw visit the Seychelles on a week-long fact-finding mission as part of the BBC documentary series 'Wanted in Paradise' (Wanted in Paradise)

(Seychelles News Agency) - It is estimated that over five million British citizens have escaped the cold winters and the countryside of rolling green hills of their homeland to live and work abroad.

While many Britons choose to settle in Australia, which plays host to the highest number of British nationals outside the UK, just under three hundred, according to the Seychelles National Bureau of Statistics, have over the past few years chosen to settle in the Indian Ocean archipelago of the Seychelles.

The second episode of the recently-aired BBC television series called Wanted in Paradise follows young couple Ian and Emma Burkinshaw, as they consider the implications of relocating to the middle of the Indian Ocean.

In the first few minutes of the hour-long documentary, produced and directed by Emma Burman, the Burkinshaws are both stunned by the breathtaking beauty of the islands, especially the beaches and the warm weather so unlike their Yorkshire hometown of Sheffield.

Nothing is what it seems

Once the ooh’s and aah’s had died down, the couple tackles their first dilemma: finding a place to live on Mahé Island, the largest and most populated island of the archipelago. Initially “pleasantly surprised” by the cost of the first place they viewed, a beachfront chalet with a view of the ocean, they grow despondent when they realise the high cost of their dream rental property, a stunningly luxurious three-bedroom apartment looking down over waves breaking over granite boulders on the coast below.

Despite its eyewateringly lovely shots of the sun setting over the warm Indian Ocean, the documentary does not hide the downsides of living in a remote place like Seychelles, which includes the financial perils of shopping in paradise, high price tags on eating and drinking in a restaurant and the pay cuts that foreigners sometimes have to endure coming from countries with higher salaries.

“It all comes down to the money and if we can afford it,” argued Emma, who unlike Ian was not completely sold on the idea of leaving her life and family behind in England.

The Burkinshaws were soon thrown into turmoil when they met a group of fellow Brits, who welcomed the couple into their fold and discussed the good and bad aspects to living and working on the islands.

“The cost of living is so expensive… a bit of a struggle..,” said one British woman.

“You have to change your habits,” added another, holding up a bottle of water wryly when Ian complained about the high price of beer.

Prospects start to look brighter when Ian got an attractive job offer to work as an aircraft mechanic for the national airline, Air Seychelles, meaning the pair would have more than enough money to enjoy .

With the prospect of the majority of their accommodation costs covered by a housing allowance, the cautious Emma is running out of reasons to say no to the move by day six, and she starts to seriously entertain the prospect of regular afternoon picnics at the beach and making Seychelles their “paradise home.”

On their last evening, the producers relayed a video of teary and heart-felt messages from their nearest and dearest, urging them to “…make sure that it is the best decision…,” adding that it would likely be hard living so far away from their close-knit family and friends.

At the end of the documentary, Emma and Ian called their parents and described their thoughts and feelings to them.

"The job situation doesn't seem as bad as I first thought," she said. "So I guess that our decision is...that we do want to move out here."

"And we are going to," added Ian, as their parents reacted with a mixture of disbelief and happiness.

"But we're not moving out here just yet," Emma told the family.

"No, we need to wait to get ourselves in a better situation," agreed Ian.

Seven other couples are also expected to take part in the series which will take the viewers from conjecture to the reality of leaving their ‘cuppa tea’ for another country, and will cover other countries such as Mauritius, the Cayman Islands and Barbados.