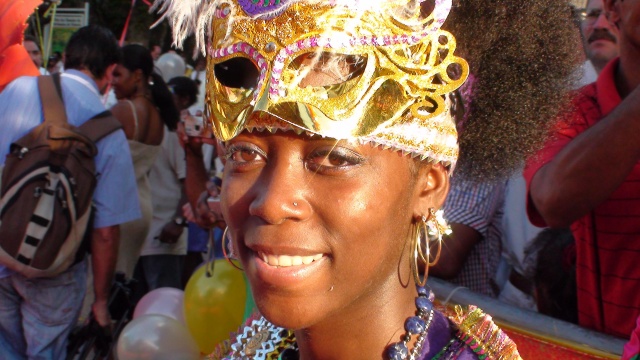 (Seychelles News Agency) - The big bash from 25 to 27 April is tipped to be biggest and best Carnival International de Victoria ever, where two USA delegations have confirmed their participation.

The latest confirmation, from Grammy Awards-nominated Louisiana Cajun group Lisa Haley and the Zydekats has added some extra special Creole flavour to the international guest list.

The group was scheduled to perform at the 2013 carnival but was forced to postpone their trip until the following year due to the U.S. federal shutdown which temporarily cut off funding for many American artists. The band, led by fiddle-playing Grammy nominee Lisa Haley, is also expected to hold a workshop for young musicians at the Conservatoire of Performing Arts during their tour.

According to a press release from the Seychelles Ministry of Tourism and Culture, Minister Alain St. Ange has said that he was pleased with the support from the international community for the Carnaval International de Victoria, which this year is being co-hosted by Seychelles, La Reunion, Madagascar, Mayotte, and KwaZulu Natal South Africa.

“The annual meeting of nations in Seychelles by countries showcasing themselves through culture and in so doing through their very own people is encouraging. More and more countries are jumping on the bandwagon, because the promotion of tourism destinations through culture is the way forward, as this is the only unique selling point that carries a different DNA of each tourism destination," Minister St. Ange said.

This year, the opening ceremony, which usually takes place in front of the iconic Clock Tower in the centre of the capital city, will be set on a much grander stage. The opening ceremony will for the first time take place in the city stadium “Stad Popiler”, as the three Masters of Ceremonies will conduct the hour-and-a-half opening ceremony in the three official languages of the Seychelles islands – English, French and of course Creole. The ceremony will be followed by Seychellois and international musicians entertaining the crowd in a spectacular fashion, featuring various musical genres throughout the night.

On day two of the carnival (Saturday 26 April), spectators will see the traditional colourful floats parade through the city, where each delegation will vie with each other to impress the panel of judges and dignitaries enough to win the coveted “best float” award.

The final day (Sunday 27 April) of the carnival will see two highly-anticipated events: the Kiddies Carnival, where hundreds of primary school children will gather at Freedom Square to see who can come up with the best costume, and the masquerade ball taking place later at Eden Plaza.