Seychelles must do more against human trafficking, says UN expert 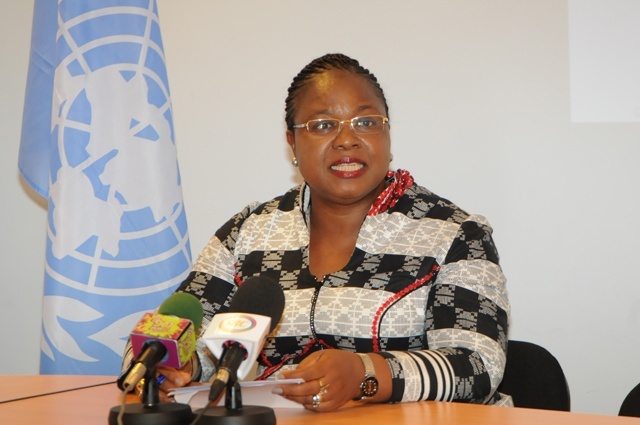 (Seychelles News Agency) - A United Nations human rights expert today called on the Seychelles to step up efforts to prevent trafficking in persons, saying the true extent of the problem was unknown due to lack of awareness.

“The potential scale of the problem of trafficking in persons in the country, its trends and scope appears to be underestimated or unknown, and needs to be further investigated by the government and law enforcement agencies,” said Joy Ngozi Ezeilo, the UN Special Rapporteur on trafficking in persons, in a statement to the Seychelles press following her first official visit to the country from 27 to 31 January following a standing invitation issued to the UN by the government of Seychelles in November 2012.

Ezeilo, who is a Nigerian human rights lawyer and professor, warned that although no official statistics exist, anecdotal evidence suggested that the islands of Seychelles, which has a large influx of both tourists and migrant workers, does have a rising trafficking problem.

Ezeilo however commended the government for its resolve to fight human trafficking, saying that a number of preventative measures had already been put in place, such as the ratification of key international conventions and the amendment to the Employment Act, which established a national minimum wage for all workers, including foreigners.

Ezeilo also welcomed the establishment of a National Anti-Trafficking Committee, a multi-sectoral committee with members drawn from both government and civil society. The committee is expected to facilitate both the drafting of an anti-trafficking bill and a national plan of action to combat trafficking.

She also highlighted the commitment of Seychelles President James Michel to fight the scourge which he conveyed to her during an official meeting.

Although Ezeilo stated that the political commitment to end human trafficking clearly existed in Seychelles, she remained concerned that Seychelles may increasingly become a destination country for both trafficking for sexual exploitation and for labour exploitation of migrant workers.

“The immediate concern is the absence of a legal and policy framework to prevent and combat trafficking in persons,” she said, expressing regret that the government had not yet criminalised trafficking in persons or put measures in place to discourage sex tourism, child prostitution and trafficking for labour exploitation in key economic areas, such as tourism and fisheries.

Ezeilo also expressed worries about allegations of rising levels of child prostitution in connection with the prevalent drug abuse problem, particularly on the main island of Mahé.

“The difference between age of consent for sexual intercourse and the legal age of majority creates difficulties in tackling child prostitution and punishing offenders,” she said, adding that the lack of shelter and psycho-social support structures for victims of gender-based violence was another worrying concern.

She urged the Government to fast-track the draft anti-trafficking bill to fulfil its international obligations, and establish a national action plan to combat trafficking based on a human rights and victim-centred approach.

She also highlighted the need to collect data on the trends, forms and manifestations of trafficking, its causes and consequences, in collaboration with research institutions and in close cooperation with international, civil society and faith-based organizations.

The UN Special Rapporteur will present a comprehensive report on her final observations and recommendations to the 26th session of the UN Human Rights Council in June this year.