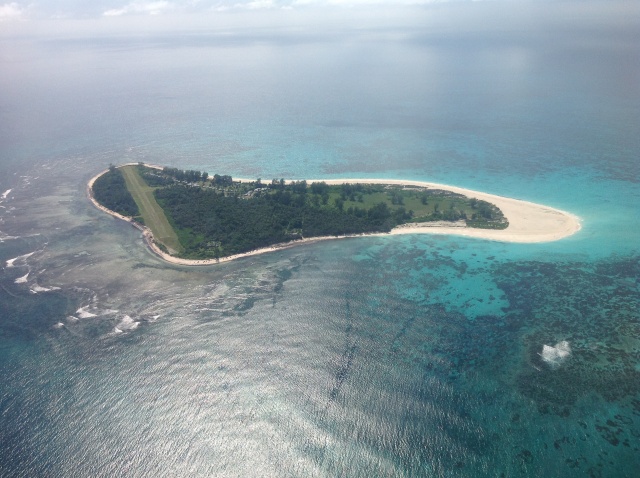 (Seychelles News Agency) - The Seychelles government has lent its unequivocal support to a report published on 31 March by the United Nations Intergovernmental Panel on Climate Change (IPCC). The report, entitled ‘Climate Change 2014: Impacts, Adaptation and Vulnerability’, has issued a stark warning to political leaders.

The world needs to urgently rethink plans to tackle climate change because politicians are failing to reduce carbon emissions, according to the report. It warns governments if they overshoot their short-term carbon targets they will have to cut CO² levels even faster in the second half of the century to keep climate change manageable.

Rising sea surface temperature and changes in ocean chemistry also threaten to irreparably damage coral reef systems, which are not only a natural protective barrier for the highly-populated coastal plateaux as well as a vital source of livelihood for locals and a major tourist attraction for visitors.

In a joint communiqué from the Ministry of Foreign Affairs and the Ministry of Environment and Energy, Seychelles has said it cannot condone inaction on climate change, or the continuous promulgation of the opinion that no linkages exist between naturally occurring disasters and climate change by some nations.

The international community must acknowledge that climate change is a global phenomenon with global repercussions and take action accordingly, says the government, as the consequences of inaction would no doubt prove to be dire.

The Seychelles has appealed for a global, consolidated effort to tackle climate change with both legally binding frameworks and financial inducements, saying that making emotional appeals for action based on the ‘moral responsibility’ of nations would no longer suffice.

Principal Secretary for Environment and Energy, Wills Agricole, who represented Seychelles at the panel, noted that the findings outlined some extreme risks posed by climate change as well as many opportunities to avert widespread disaster.

“Nobody on this planet is going to be untouched by the impacts of climate change, which will inevitably lead to war, famine and extreme weather,” he stated. “We need more fast-acting institutions and early-warning systems. We are already committed to significant warming, so adaptation is a great necessity.”

The IPCC group, which at the time included the current Seychelles  Minister of Environment and Energy, Dr Rolph Payet, was awarded the Nobel Peace Prize in 2007 for their efforts to clarify the risks of climate change.