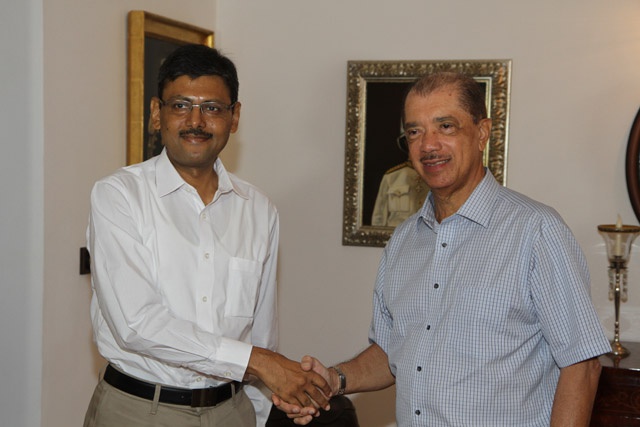 (Seychelles News Agency) - The outgoing High Commissioner of Bangladesh to Seychelles, Shabbir Chowdhury, has ended his mandate feeling confident that relations between the two countries, which he described as being previously “dormant and inactive”, had improved.

Speaking to the local press in an interview in the Seychelles capital of Victoria on Tuesday, Chowdhury indicated that the blue economy, tourism and trade are some of the areas in which the two sides have been actively engaged in strengthening ties over the past year.

“Both countries at various levels in the business sector and civil service have got chance to know each other and in fact they also attended a number of meetings, whereby a Seychellois delegation went to Bangladesh to attend an important meeting on the Blue Economy… likewise, a Bangladeshi delegation had two or three visits in Seychelles, again on Blue Economy, tourism etc. Bangladeshi investors are also looking forward to initiating trade, we already had some trade but we look forward to enhancing it. I already had discussions with some Bangladeshi businessmen and they are willing to increase their exports in Seychelles,” he told journalists.

Chowdhury was speaking to the media from the 115-island Indian Ocean archipelago after he had paid a farewell call on the Seychelles President James Michel at State House as he prepares to take up his next post as the High Commissioner of Bangladesh to South Africa.

According to a press statement issued by State House, during their discussions which centred on various issues of mutual interest such as the issues faced by Small Island Developing States such as climate change, Michel commended High Commissioner Chowdhury for his efforts in bringing Seychelles and Bangladesh closer together.

“It was noted that the two countries need to work together in order to achieve more progress at the bilateral level…” read the statement.

Chowdhury was appointed the first Bangladeshi high commissioner to Seychelles in February last year as the Asian country sought to expand its cooperation with the small island nation in view of a large number of Bangladeshi nationals working here.

Human resources, especially in the construction field is, in fact, one of the areas in which the Bangladeshi diplomat feels his country can further assist Seychelles.

He also signalled that Bangladesh is keen to work with Seychelles in the field of the blue economy particularly "to learn from Seychelles experience" with regards to the sustainable exploitation of marine resources.

For the future, Chowdhury says discussions are ongoing for the possible signing of a memorandum of understanding in at least five areas including tourism as well as a double taxation avoidance agreement between the two sides. are some of the collaborations planned for the future.

The next Bangladeshi High Commissioner to Seychelles is expected to be appointed in April.