Watching out for the killer fungus: Seychelles authorities move to regulate import of aquarium fish 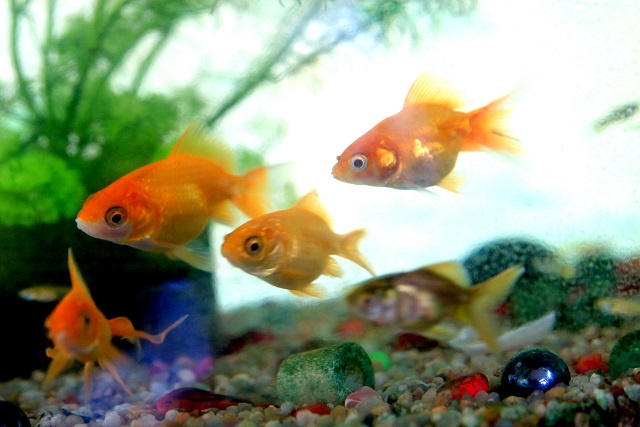 While some aquarium fish like goldfish breed slowly others like guppies breed very fast and are often being released into rivers posing serious threats to native freshwater species. (Joe Laurence, Seychelles News Agency)

(Seychelles News Agency) - Home aquariums have over the years become a popular feature in many homes in Seychelles with quite a number of the archipelago’s population of around 90,000 people opting to have pet fish swimming around in their aquariums as a source of enjoyment and fascination for children.

While some of these fish can be quite harmless and remain relatively small in size, others can breed quite fast and if let out into local rivers and streams, they may pose a significant threat and health hazard to other fish and amphibian species in Seychelles.

It is in line with such threats that the Seychelles Ministry of Environment, Energy and Climate Change has decided to impose stringent conditions on the importation of aquarium living organisms, in collaboration with the Veterinary Services, the Biosecurity Committee - which is responsible for the control and prevention of pests and diseases - as well as the Ministry of Finance.

The main aim is to protect the archipelago’s endemic amphibians against a killer fungus known as the ‘chytrid fungus’, which scientific evidence has shown is contribution to the decline in the amphibians population in several parts of the world including in the USA, Central American and Australia.

Interviewed by SNA, the Director General of the Wildlife Trade and Conservation Section at the Environment Ministry, Ronley Fanchette, said there are fears that the ‘chytrid fungus’ which is also present in the neighbouring Indian Ocean island of Madagascar may reach Seychelles through the pet trade and importation of live fish.

Researchers have noted the infection of Madagascar's amphibian population by the chytrid fungus since 2012, which by 2014, had spread to all four families of the islands’ native frogs.

Seychelles has had many screening programmes for this fungus, which have so far been negative.

While other islands, including neighbouring Mauritius and Reunion, do not have any native amphibian species, Seychelles is home to six endemic frog species, including the world's tiniest Sooglossid frogs, as well as seven caecilians species that are confined to the main granitic islands of Mahé, Praslin and Silhouette.

To start off, a ban has been imposed on the import of aquarium fish, a trade that was being practiced by several people since the 1990’s, who were bringing in these organisms from the region as well as from Asian countries.

According to Fanchette, it was observed that many fast-breeding guppies and gurammies have been brought into Seychelles since that time and were then released into rivers when their populations got out of hand.

"Such fish breed very fast and in no time at all the aquariums were full and they were being released into our rivers. This is not only illegal, but the fish may die from parasites or diseases. But if they survive, they may become too many and pose serious threats to our native freshwater species,” he explained.

Nevertheless, the new measures make provision for requests to import certain types of aquarium fish to be entertained based on a set of strict regulations.

This would include koi, goldfish and angelfish that have become acclimatized, and which breed very slowly and do not get very big in size.

“Import permits for them shall only be approved for selected importers after all sanitary conditions at their source have been clearly established,” said Fanchette.

Furthermore, all pet fish shall be subject to quarantine upon arriving in Seychelles.

As such, the relevant authorities will issue licences to certain registered local companies which will have to produce relevant documents obtained from regulated overseas facilities.

SNA has learnt that to date, the Ministry of Environment has identified two possible suppliers, both in Singapore.