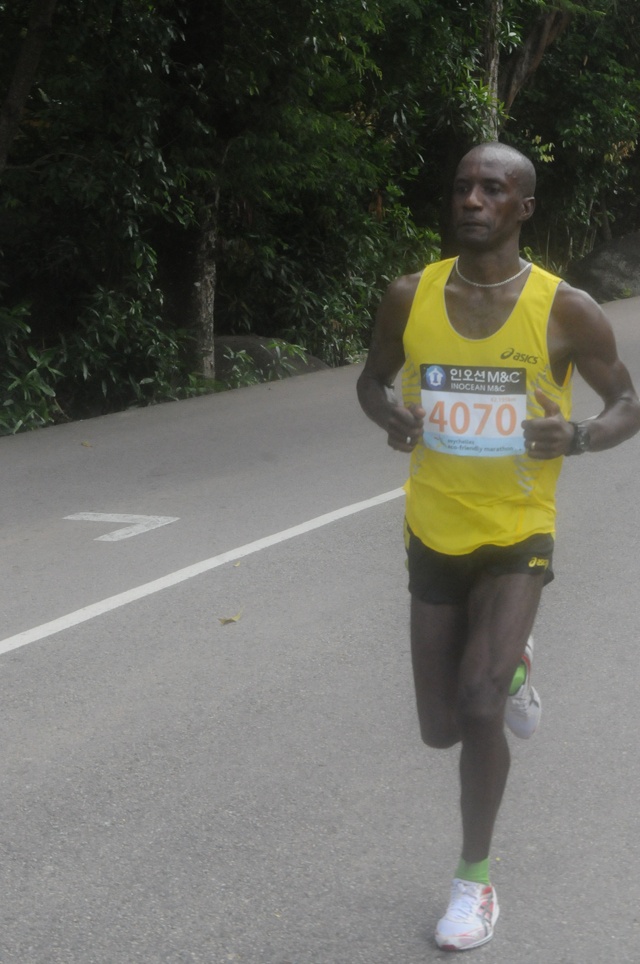 (Seychelles News Agency) - Visitors who took part in an annual 42-kilometre Eco-friendly Seychelles marathon race in the Seychelles on Sunday offered local runners stiff competition but acknowledged the terrain was steeper than they expected.

Veteran runner Simon Labiche from the hosting Indian Ocean archipelago won the race for the sixth time, but complaining of a cramps hurdle, did not beat his own previous records, as he clocked 3 hours 03 minutes 15 compared to his 2 hours 37 minutes and 38 seconds in 2009.

“I could have finished the race inside 3 hours but I suffered from cramps,” said the former soldier.
Italian Roberto Giordano, a comic actor, finished second in a time of 3h22:47, describing the marathon as a “hard race”.

Saying it was well organised, the 47-year-old Giordano said: “It is a very hard race. But if you want to do it you will with a lot of determination.”

In third position was Korean Jeong Seok Geun in 3h29:38, fourth was Seychellois James Barra in 3h34:33 and fifth Indian Sulaiman Badur from the local Berjaya Beau Vallon Bay resort, who did it in 3h44:06. 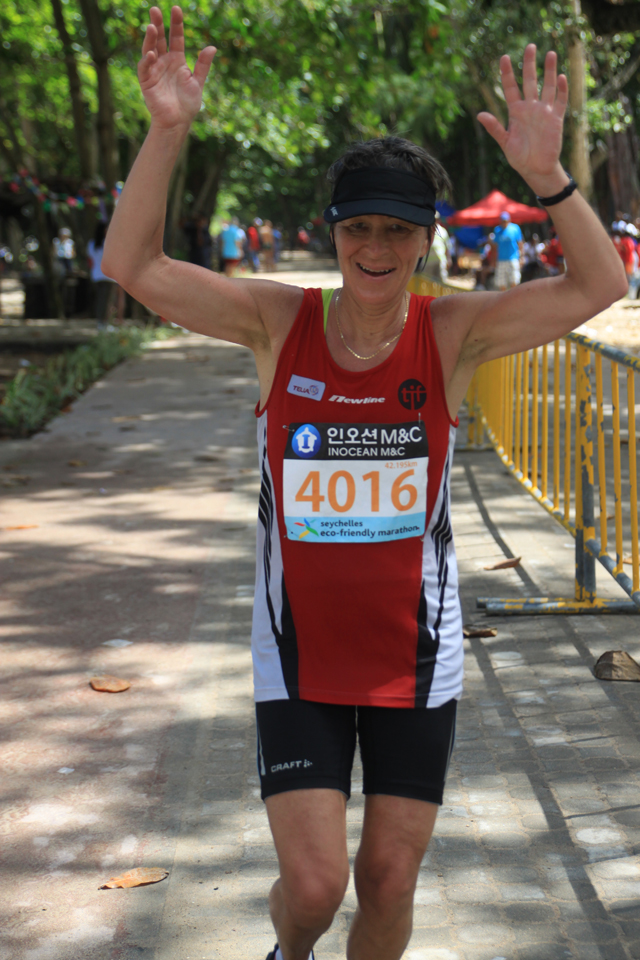 The race saw a new women’s champion emerge -- Swedish Anneli Sōdergårds the first female runner to cross the finish line. She was taking part in the marathon for the first time and clocked 3h48:30.

“I thought it was a flat course like the one in Jamaica when I ran a marathon there 10 years ago. The only other problem is the traffic and I had to be careful not to fall over at times. Otherwise, it was well organised with checkpoints at different intervals,” said Sōdergårds who is on holiday with her family.

Seychelles Nation said Sōdergårds, 50, has run 37 marathons and she succeeds African Vorster who clocked 3h33:44 last year to retain her title, won for the first time in 2012 under her maiden name Neuling. The South African’s time in 2012 was 3h36:41.

Vorster was the second South African winer after Joanne Elizabeth Jones won the first ever race in 2008 in 4h09:45. Seychellois Simone Jaffa has won the race for three consecutive years – 2009, 2010 and 2011.

Frenchwoman Olivia Peytour was second in 3h54:37, followed in third and fourth places by Swedish runner Emma Hogberg and Johanna Melin who both finished in 4h37:59. Seychellois Maggy Harray was fifth completing the race in 5h23:15.