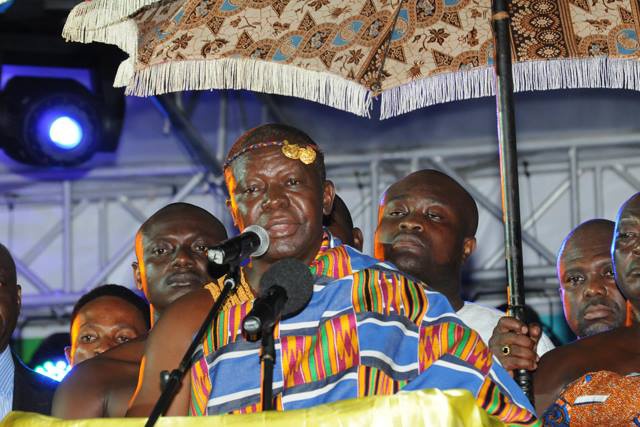 (Seychelles News Agency) - The Seychelles Ministry of Tourism and Culture has confirmed reports in the Ghanaian media that the current King of the Ashanti people, Otumfuo Osei Tutu II, will be making a historic visit to the Seychelles to visit the site of his royal family’s exile almost 120 years ago.

Two months ago, Prempeh I’s great-granddaughter, Princess Molly Germaine Prempeh, who was born in Seychelles, returned in an emotional visit to the Indian Ocean archipelago of 115 islands after a 60-year absence, telling SNA of her wish to enjoy her sunset years in the land of her birth.

As the first media organisation to break the story, SNA’s interview with Princess Molly saw an outpouring of messages of support from both Ghanaian and Seychellois people.

A spokesperson from the Ministry of Tourism has confirmed that the Asantehene will be arriving in Seychelles on April 22, after the Ministry invited him to be a special guest of honour at the upcoming Carnaval International de Victoria, which commences on Friday 24 April.

The carnival is an annual Creole and international festival of dance, music and parades, with the participation of twenty-nine countries, including Ghana.

According to a report on Ghanaian news website Ghanaweb, the Asantehene’s delegation will number 52 persons, symbolic of the number of people in the royal family that were originally exiled by the British.

The delegation will include some of the successors of exiled chieftains, palace poets, royal drummers, horn blowers, historians, all showcasing the best of Asante cultural heritage.

The Ashanti king is also expected to meet with Seychelles President James Michel.

There will be cultural protocol agreements between Kumasi and Victoria and final status discussion started by UNESCO and the Government of Seychelles on the plantation villa house that Prempeh I (whose exile story of 27 years is equivalent to Nelson Mandela’s imprisonment ) lived in.

He will reportedly also attend a memorial service at the St Paul Anglican Cathedral in the Seychelles capital of Victoria and meet with the descendants of Prempeh I who decided to stay on the islands after the King’s exile was over.

However, the Ministry of Tourism has said that the full itinerary for the Asantehene’s visit has not yet been finalised.

According to Ghanaweb, a documentary film entitled The Return of the King will be produced by Ghanaian literary historian Ivor Agyeman-Duah and the Seychelles Broadcasting Corporation (SBC) after the Asantehene’s visit.

Agyemen-Duah had previously collaborated with the SBC on a documentary about Yaa Asantewaa, an African Queen who led the Ashanti rebellion known as the War of the Golden Stool against British colonialism in 1900 while Prempeh I was still in exile.