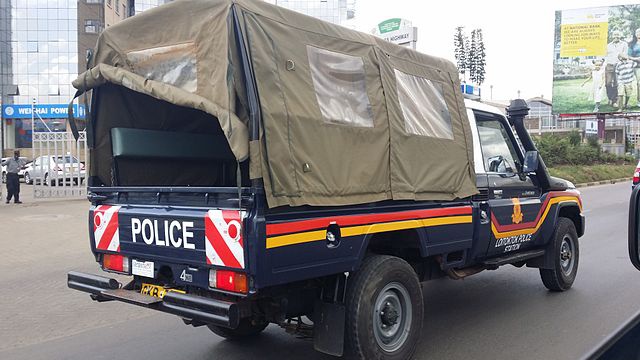 Kenyan police detectives believe they have uncovered an international drug smuggling operation between Kenya, Tanzania, Madagascar and the Seychelles with the seizure of almost 10 kg of heroin in Kilifi, a coastal town in Kenya. (Wikipedia/Nairobi123) CC BY-SA 4.0

(Seychelles News Agency) - Four Kenyan nationals and a Seychellois man have appeared before a Mombasa court on charges of heroin trafficking.

According to an article published in Kenya's online version of the Standard, 48-year-old Clement Serge Bristol from the south of Mahe, the main island of the 115-island archipelago of Seychelles, who was the skipper of the yacht 'Baby Iris', was officially charged on Friday after being arrested on April 12.

He and his crew members were in a car in the Kenyan coastal town of Kilifi when they were arrested, reportedly in possession of two kilograms of heroin.

Their yacht, which is registered in Singapore and owned by a British national, was towed from Kilifi to Mombasa, where a further 7.6 kilograms of heroin was allegedly discovered hidden in the boat underneath the water tank.

According to the Standard, Kenyan police officials had claimed that the yacht "regularly travels between Mombasa, Dar es Salaam in Tanzania and Seychelles", leading to Kenyan law enforcement's suspicions of having uncovered an international drug smuggling ring.

The almost 10 kilograms of heroin seized both from the car and the yacht is worth an estimated street value of around $300,000 (28 million Kenyan shillings).

The Standard reported that the Director of Public Prosecution on Friday told the Chief Magistrate in Mombasa, Maxwell Gicheru, that the syndicate's activities would be investigated by law enforcement officials in all the countries involved.

State prosecutor Daniel Wamotsa opposed bail for the accused, claiming that the men had links to drug lords who could provide them with safe harbour in other countries if they absconded from their trial, which could lead to life in prison if the accused were found guilty by the court.

The British owner of the boat has reportedly been contacted and is assisting police with their inquiries.

The magistrate is expected to decide on the matter of bail on Wednesday April 29, and the suspects have been remanded in police custody until then.

The NDEA has confirmed to SNA that official requests for Exchange of Information (EOI) have been made on the matter, from the NDEA in Seychelles to Kenya as well as from the Kenyan police's side to Seychelles.

Chief of Investigations at the NDEA, Brendan Burke, told SNA that they had been investigating the yacht's activities since last year, adding "we cannot comment further as this is part of a live investigation".

Statistics indicate that the use of heroin is a major concern in the Seychelles - a group of 115 islands in the Indian Ocean with a population of only around 90,000 people.

Figures released in a study carried out by the Seychelles Ministry of Health on drug users in 2011 showed that heroin was used in injection form by some 1000 heroin drug users in the country.

In February 2014, the Deputy Chief of the National Drug Enforcement Agency (NDEA), the Seychelles' national anti-drug agency, Liam Quinn, estimated that due to national anti-narcotics measures, the number of intravenous drug users in Seychelles had decreased to around 600 addicts, but no official statistics have been released since the 2011 report to confirm this claim.

According to the Seychelles Ministry of Health, drug use in Seychelles is “causing significant health and social challenges.”