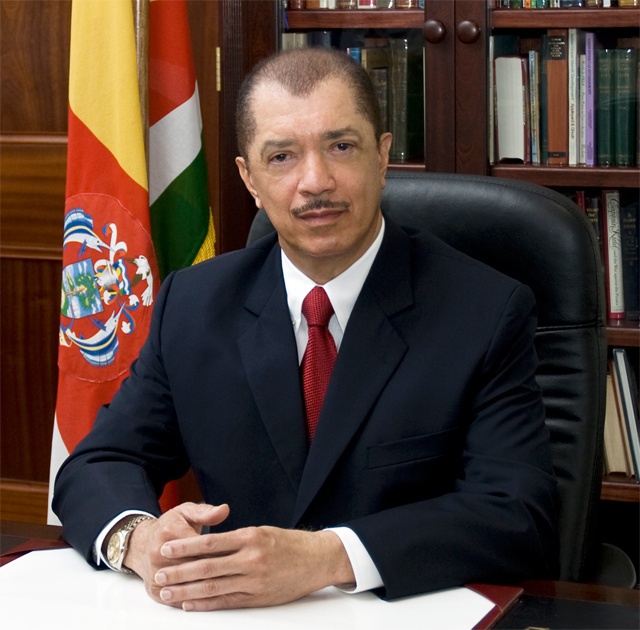 (Seychelles News Agency) - The President of Seychelles, James Michel, has sent a message of condolence to the government and people of Nepal after a 7.8 magnitude earthquake hit the Himalayan mountain republic on Saturday.

According to AFP, the death toll from Nepal as well as the neighbouring states of India and China has topped the 2,500 mark, with many forced to camp outdoors in the historic capital of Kathmandu on Sunday as powerful aftershocks continued to rock the city and triggered avalanches at the Mount Everest base camp.

In a press statement issued Sunday evening, President Michel expressed the people of Seychelles' grief at the catastrophe to Nepalese President Ram Baran Yadav, saying that Nepal could "count on the solidarity and prayers of the people and government of Seychelles".

“It is with profound sorrow that we have learnt of this catastrophe which has resulted in the loss of countless lives and widespread destruction of property,” read President Michel's statement.

The Seychellois head of state pointed to the "legendary resilience and courage" of the Nepalese people, which he said would help them overcome the tragedy, adding that Seychelles was "doubly affected" due to the strong Nepalese community present in Seychelles, most of whom are expatriates working in the security sector.

The mountainous Himalaya region, home to the highest mountain on Earth, is one of the most earthquake-prone places in the world as it is the site of frequent tectonic plate friction due to the colliding Indian and Eurasia plates.

The Seychelles Home Affairs Minister, Charles Bastienne, visited several bases on Sunday where Nepalese security officers are working to personally express his sympathy to them following the earthquake, according to a press release issued by the Ministry of Home Affairs on Monday. Around 145 Nepalese officers work in the Seychelles for the prison service and Seychelles Police.

All of them have reportedly been able to contact their families in Nepal, and Minister Bastienne has said that his ministry was making arrangements to allow anyone who had lost loved ones during the disaster to fly home.