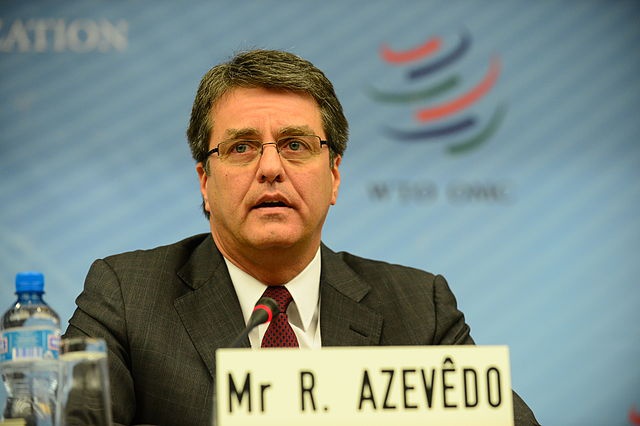 (Seychelles News Agency) - After one of the longest accession procedures in history, the World Trade Organisation (WTO) on Monday officially accepted one of its smallest members, the Seychelles archipelago of 90,000 inhabitants.

According to a press release issued by the WTO yesterday, Seychelles officially became the 161st member of the global trade organisation on Sunday after a 30-day countdown to its membership began on March 27.

The President of Seychelles, James Michel signed the legal instrument for the 115-island Indian Ocean archipelago’s accession to the WTO on March 25, a day after the accession protocol was ratified by the Seychelles National Assembly.

"I am delighted to welcome the Republic of Seychelles as the 161st member of the WTO," said WTO Director General Roberto Azevedo in the press statement.

"This is great news for Seychelles' economy and, therefore, for the people of Seychelles. It is also a boost for the WTO and a vote of confidence in the organisation, as we redouble our efforts to complete the Doha Round of negotiations," he added.

The Seychelles Minister for Finance, Trade and the Blue Economy, Jean Paul Adam, said yesterday in a press conference held in the Seychelles capital of Victoria that it had been the government’s economic and political priority to ensure that the question of access to the international market through trade was properly addressed.

“Since 2008 our approach in trade is to take into consideration the specificities of our economy, leaving space for our local sectors such as agriculture, tourism and other local productions to flourish,” the Minister said.

WTO negotiations underway in Geneva have focused on the United States’ insistence that major developing countries reduce the support and subsidies their governments give to farmers, with countries such as China and India reacting strongly against the proposal.

The WTO is currently full-swing into the post-Bali work programme in an effort to finally conclude the long-stalled Doha trade talks.

Seychelles also depends heavily on food imports, with up to 90 percent of goods consumed coming by air and sea cargo.

The process of becoming a WTO member is unique to each applicant country, but takes an average of about five years for most nations.