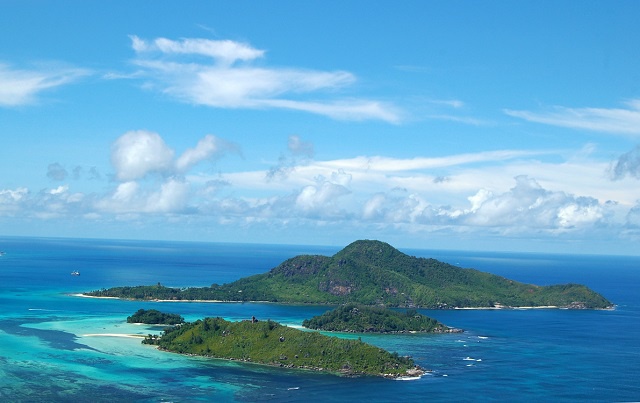 Sunny with blue skies - this is the weather the Seychelles National Meteorological Services have predicted for the next six months as the seasonal southeast trade winds approach, bringing with them slightly cooler temperatures (Gerard Larose, STB)

(Seychelles News Agency) - The showers currently passing over the Indian Ocean archipelago of Seychelles may soon be giving way to blue skies without heavy clouds - this is what the Seychelles National Meteorological Services has forecast for much of the next six months.

"In recent days the southeast monsoon has begun to make an appearance, but will be effective only in mid-May," the Met Office's chief meteorologist, Vincent Amélie, told SNA.

This year, in the absence of unforseen weather phenomena, it should be a normal season, he added, without rain.

The upside of the drier conditions is that temperatures are likely to become more bearable.

As the archipelago of 115 islands situated just a few degrees south of the equator does not have seasons of spring, summer, autumn or winter, the southeast monsoon is generally considered by the 90,000 inhabitants of the Seychelles as the cooler season, with temperatures around 29 degrees during the day.

The Seychelles' southeast trade winds prevail from May to October, until the wind reverses in the opposite direction. By November each year the northwest monsoon starts to arrive, bringing with it heavy rainstorms and hot, humid conditions.

"The [average] present temperatures of 32 degrees will gradually drop to 30 degrees due to winds coming from the south pole," said Amélie.

The Seychelles islands have not been spared the effects of rising global temperatures, as March 2015 has been one of the hottest in the last 10 years with an average temperature of 31.6 degrees, according to figures provided by the Seychelles National Meteorological Services.

The hottest month ever experienced in the Seychelles was seen in April 1998 with an average temperature of 32.5 degrees.

During this year, the world experienced a 'super El-Nino' weather phenomenon, which caused around 90 percent of corals in Seychelles to bleach under the influence of the hotter sea temperatures.

Since last year, scientists announced that the coral communities in Seychelles were making a strong recovery in most areas.

For tourists who come to the archipelago, it is the ideal time to visit, but for residents, the change in seasons will result in other difficulties, brought on by a period of drought.

"If there is rain it will be just from passing clouds," predicted Amelie.

The Met Office has already informed other government departments to take necessary measures to cope with the forthcoming drought.

The Public Utilities Corporation (PUC) imposes water cuts and restrictions during this season every year, to prevent a situation where the country is left without water, and announcements on water restrictions in most districts have already been made this week.

The Met Office says it soon plans to release a comprehensive report on the weather for the next six months.