Wishes of good health and prosperity: Seychelles President congratulates Britain's Royal family on the birth of new Princess of Cambridge 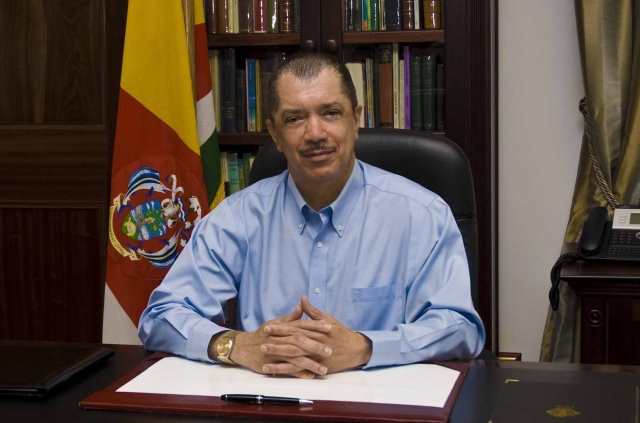 (Seychelles News Agency) - Seychelles President James Michel has congratulated Her Majesty Queen Elizabeth II and the Duke and Duchess of Cambridge, Prince William and his wife Catherine following the birth of the newest member of Britain’s Royal family.

Kate, as she is known in less formal references, gave birth to a baby girl, on Saturday May 2.

According to a press statement issued by the Seychelles Ministry of Foreign Affairs Michel’s message on behalf of the government and people of Seychelles, contained best wishes “for the good health and prosperity of all members of the Royal family, especially that of the new-born Princess of Cambridge.”

“We have no doubt that the future of HRH; Princess of Cambridge, is bright, as she joins the House of Windsor’s rich legacy, which you have firmly consolidated during your reign,” reads Michel’s message to Queen Elizabeth following the birth of her great-granddaughter.

Gun salutes have taken place in London today to mark the birth of the new Princess.

It has also been revealed that the Duke and Duchess of Cambridge have chosen the names Charlotte, Elizabeth, Diana for their new baby girl.

"The fourth in line to the throne will be known as Her Royal Highness Princess Charlotte of Cambridge," reported the BBC on Monday after the announcement was made public by Kensington Palace.

Charlotte along with Alice had been widely speculated as the favourite possible names for the princess. And many also believed the couple would include the name Diana in honour of Prince William's mother.

Princess Charlotte of Cambridge is the second child of Prince William and his wife.

She is also fourth in line to the throne after her grandfather Prince Charles, her father Prince William and her brother Prince George who will be turning 2 years old in July.

Prince William and his wife HRH the Duchess of Cambridge, Catherine, were married in April 2011 after which they spent their honeymoon at the exclusive private island resort on Seychelles’ North Island, revealed as the most expensive hotel in the world in July last year, at an average cost of $6,695 per night.