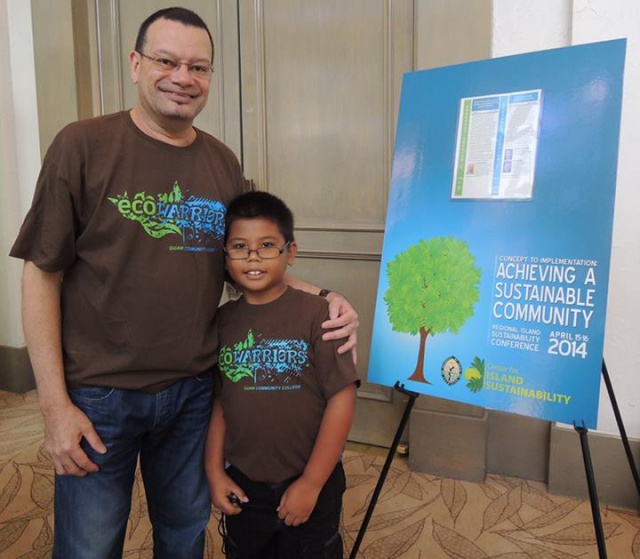 Seychelles Ambassador for Climate Change and Small Island Developing States issues, Ronald Jumeau has called on island nations and territories "talk to each other," bring "the island message across," and "make their weight felt," in the Guam edition of Marianas Variety daily newspaper of the US island territory.

"As islanders know, we have been championing sustainability and sustainable development long before the word became chic because no other country or territory in the world has tried to live in harmony with nature for the benefit of present and future generations than islanders have," Jumeau told the newspaper.

Jumeau was a guest speaker at the University of Guam Center for Island Sustainability's 5th Regional Sustainability Conference last week.

Jumeau commented on this year as the UN year of the Small Island Developing States, which he went further to describe as the International Year of All Small Islands. He pointed out that all islands face the same challenges regardless of political status.

Jumeau has travelled the world on behalf of islands to negotiate in climate change talks and has realised that negotiations have become political and money-centred dialogue and less about the real impact of the changes in our climate especially on islands.

“Whether it is climate change or sustainable development, politicians from around the world make speeches and talk about the vulnerability of the islands. Everybody loves the islands except they don't love us enough to save us," Jumeau said.

"It is about getting the bigger countries to recognize that we matter. It is trying to get people to understand and realize that this is not just an island thing. We are just the tip of the iceberg," he added.

The Seychelles ambassador is well known as a spokesperson for the Alliance of Small Island States (AOSIS) and chair of the steering committee of the Global Island Partnership (GLISPA).