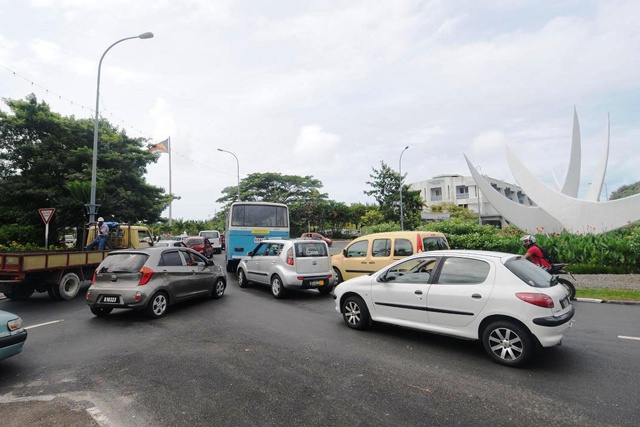 Road safety is important amidst an ever-growing number of vehicles on the roads. Seychelles opens Fast-track court to deal with road traffic as well as environment offences. (Joena Bonnelame, Seychelles News Agency)

(Seychelles News Agency) - Traffic-related offences from drunken driving, speeding and failure to wear seatbelts as well as environment-related offences committed in Seychelles are expected to be dealt with in a more efficient and timely manner.

This is now that there is a designated court to address such cases that fall under the Road Transport Act, Environment Protection Act and Fixed Penalty Minor Offences legislation.

The new Fast-Track Court for traffic and environment offences will hear matters ranging from fixed penalty, minor offences, to larger trials, but falling within the jurisdiction of the Senior Magistrate's Court in the Seychelles capital of Victoria.

Magistrate Brassel Adeline who has been designated to head the new court, told SNA in an interview that there are some 50 to 60 such cases that currently need to be brought before the courts.

He is of the view that with such a facility in place the number of cases will decrease in the years to come as it will also deter people from committing such crimes.

“I will also make it my duty to entice the population to be friendlier with the courts, as a lot of times people are unaware of the procedures and end up spending a lot of time dealing with a matter that could have been resolved more quickly,” said Adeline.

At the same time, Adeline noted that the speedy disposal of environment and road traffic offences, will depend on the efficiency and cooperation of all relevant agencies, including the police.

“There is a need to re-visit some of the procedures, such as in the way inquiries are conducted and also the delivery of court summons, which is presently delivered by post and not always effective.”

When justifying the need for the new court on Thursday morning, the acting Chief Justice Durai Karunakaran said while there had been efforts to minimize judicial delays and eliminate backlog of cases in the courts over the past six years, concerns had been raised over the timely disposal of cases involving offences, which affect the environment and the safe use of the country's roads.

“…Judicial delays not only deny justice to individuals, but also in the long run defeat the very purpose of the relevant legislations and deny justice to the entire community,” said Karunakaran.

Referring to the appointment of Magistrate Brassel Adeline, Karunakaran said "having one dedicated Magistrate for this Court will not only improve his efficiency, expertise, specialized knowledge in the relevant provisions of law and their applications, but also that will ensure the consistency of sentences, which are appropriate and reflecting the sensitivity of the community."

The fast-track court will hear cases on a daily basis and it is envisaged that if all goes according to plan, the new court will subsequently be able to turn around cases brought before the court within a six-month timeframe.