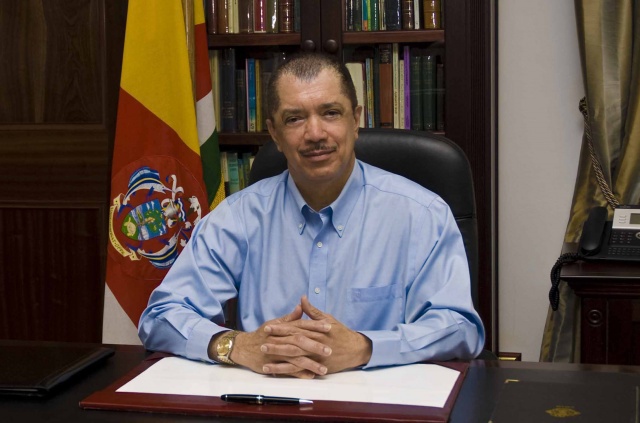 (Seychelles News Agency) - Seychelles President James Michel has conveyed his deepest condolences to the President of the Republic of Korea Park Geun-Hye, following the sinking of a ferry Wednesday April 16, with almost 500 people on board, according to a press statement issued this morning by the Seychelles Ministry of Foreign Affairs.

“In the wake of the tragedy, on behalf of the Government and people of Seychelles, President Michel conveyed his deepest condolences to the President of South Korea, the People and families affected by the tragedy,” says the MFA statement.

“Our thoughts and prayers are with the Korea, as search and rescue efforts continue, and we are hopeful that as many lives as possible will be saved,” said Michel.

There were 476 passengers on board the ferry when it sank last Wednesday off the South Western coast of South Korea.

Most of the passengers were school children accompanied by a group of teachers on a school trip.

According to official figures released today by the South Korean authorities, 64 people have now been confirmed dead while 238 others are still missing.

A total of 174 passengers were rescued.

Search and rescue operations are still underway, while the Ship’s Captain and two other crew members have been arrested for five charges including negligence of duty and abandonment resulting in death.

Chinese news Agency Xinhua has reported that the South Korean President Park Geun- hye has vowed to force those responsible to shoulder legal responsibilities regardless of ranks.

"What captain and some crew members did was like an act of murder that cannot be acceptable and permissible from a common-sense standpoint," said Park.