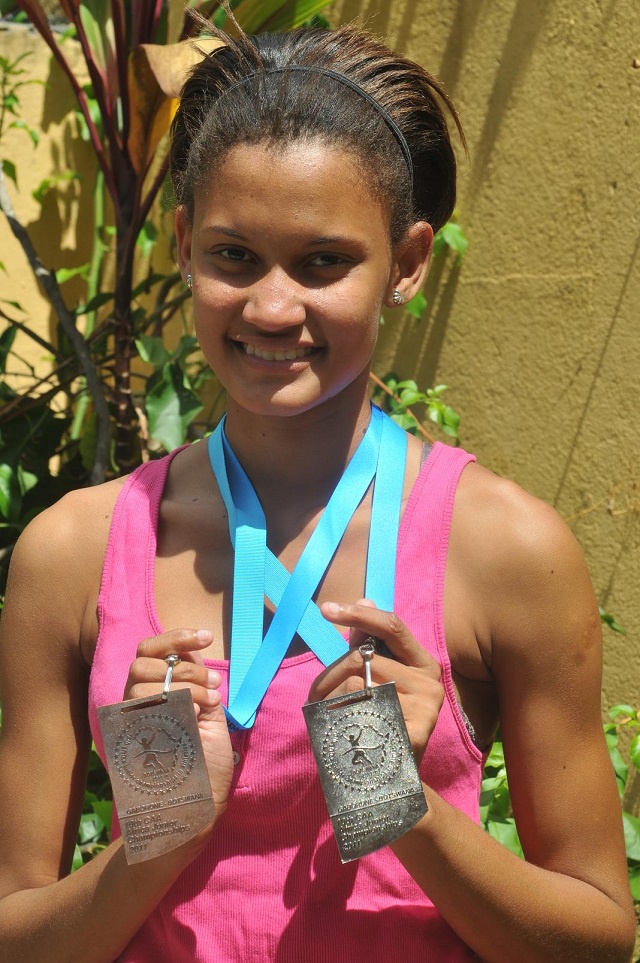 (Seychelles News Agency) - Seychelles' high jump specialist, Lisa Labiche, has qualified for the next summer Olympic Games to be held in Rio de Janeiro, Brazil from August 5 to 21, 2016, following an impressive performance at the South African Open Athletics Championships held in Potchefstroom, South Africa, over the weekend.

Labiche, who is in her early twenties, won the competition’s gold medal, clearing the bar at 1.92 metres, which is also a new national record, erasing her previous record of 1.88 metres, established in 2012.

The Seychelles delegation returned to the Indian Ocean archipelago from South Africa this morning.

“I am satisfied with my performance because I have improved a lot this year. So I am happy to have qualified for the Olympic games and hopefully there’s more to come,” Labiche told the national television, Seychelles Broadcasting Corporation’s, Sports' Journalist Georges Francois, this morning, on her arrival at the Seychelles International airport.

The young Seychellois athlete who clinched Seychelles' Sportswoman of the Year 2012 Award, finished ahead of a South Africa athlete and the good result has also earned her a spot at the next All Africa games.

Fifteen-year-old Noris Brioche, who hails from the Seychelles second most populated island of Praslin, achieved the feat after he cleared the bar at 2.03 metres.

Brioche’s performance is better than the results he achieved last month when he high jumped at 2.01 metres, at the 2nd Youth African Championships held in the neighbouring island of Mauritius, which earned him a silver medal.

“It was not so easy, but I managed to achieve what I set out for… whenever I go into a competition I always push myself, I do not get discouraged nor put pressure on myself when attempting my jump and I do it,” Brioche told SBC, adding that his next priority is to jump the bar at 2.05 metres.

The Seychelles Athletics Federation’s Wilfred Adrien confirmed to SNA that a total of 16 athletes represented the Indian Ocean island nation at the South African open over the weekend, in the various track and field events from sprint, hammer, discuss, high jump among others.

Apart from the two gold medals in high jump, Seychelles' only other medal of the competition was a silver, won by Debrah Servina, with a shot put throw of 9.88 metres.

Commenting on the performances in an interview with SBC, especially that of Lisa Labiche, having set a new record and earning a place at an upcoming continental competition and next year’s summer Olympic games, the Seychelles minister responsible for sports, Vincent Meriton, said this was good for the country as preparations are currently underway for the next Indian Ocean Island Games.

Meriton has called on other athletes in the various sports disciplines to have the same determination, especially as they prepare for the games to be held in Reunion from August 1 to 9, 2015.

In a recent interview with SNA, the Chief Executive of the Seychelles National Sports Council NSC, Giovanna Rousseau said the largest group of some 325 athletes and officials will leave Seychelles for Reunion on July 29 onboard a special Air Seychelles flight while the rest of the delegation will take other commercial flights.

Seychelles is aiming to defend its second position in terms of gold medals, 57 behind Reunion’s 58, achieved at the last games which the country hosted in 2011.