Promoting trade and investment between Seychelles and China: opportunities discussed with Qingdao companies 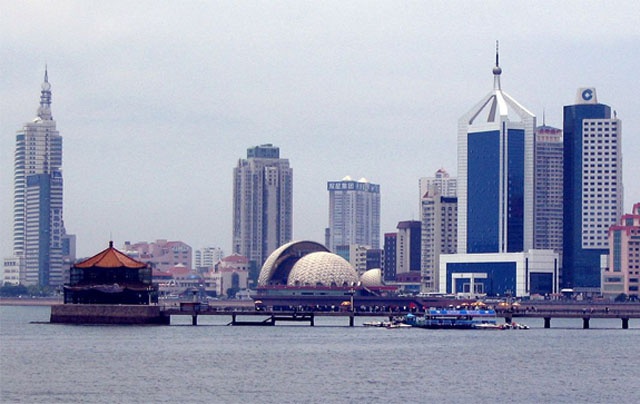 (Seychelles News Agency) - Trade and investment opportunities available between Seychelles and Qingdao, a major port city of China’s eastern province of Shandong, have been widely discussed between entrepreneurs from both countries.

A one-day business forum held on Tuesday at the Savoy Resort and Spa at Beau Vallon, in the northern part of the Seychelles main island of Mahé, allowed some 30 local companies and representatives of some 20 businesses from Qingdao to have business-to-business meetings.

Infrastructure, banking, import and export, shipping, construction are among sectors where possibilities for cooperation were discussed.

The Seychelles Investment Board (SIB) said it had responded to the Qingdao delegation’s proposal to organise the forum as the group are currently on a tour of the Indian Ocean to establish business contacts and develop partnerships.

SIB’s Chief Executive, Rupert Simeon, told SNA that the Qingdao delegation have already been to Mauritius and are now heading to Sri Lanka.

The forum has seen concrete steps taken to formalize business partnerships with the signing of three agreements; firstly between the Seychelles Chamber of Commerce and Industries (SCCI) and the Qingdao Bureau of Commerce, as well as between two local companies that were already in contact with their business counterparts in Qingdao, in the construction and import/retail sector.

In an interview with SNA, SCCI’s Chairman, Marco Francis said the main aim of the agreement signed with the Qingdao Bureau of Commerce is to promote business-to-business encounter between companies from the two sides.

According to the National Bureau of Statistics (NBS), Seychelles currently imports goods worth $7.5 million from China while exports stand at around $1 million.

Positioning Seychelles as a trade hub to Africa

A Double Taxation Avoidance Agreement (DTAA) already exists between Seychelles and China allowing businessmen operating in the two countries to pay tax in one of the jurisdictions and avoid taxation in the other, aiming to encourage trade and investment between the two countries

To Francis, the government can do its part by signing agreements such as the DTAA but this is not sufficient as he says there needs to be this link and local partnership between businesses from both sides, hence says the agreements between the two Seychellois companies and their partners from Qingdao is a good start.

He has also welcomed Qingdao’s invitation for Seychellois businessmen to visit the city which he says he will share with the local business community.

“Qingdao being a Port city with massive commercial ports this facilitates Seychellois businessmen wishing to seek trade and investment opportunities there as it will make any shipments easier,” said Francis.

Both Francis and SIB’s Chief Executive Rupert Simeon have also highlighted that with China’s ambitious trade project known as the Maritime Silk Road, the fact that Seychelles is the closest port which is part of the African continent can also be utilised by the Asian country as a hub to channel more business on to Africa.

Seychelles is a member of both the Southern African Development Community (SADC) and the Common Market for Eastern and Southern Africa (COMESA) trade alliances and was recently welcomed as the 161st member of the World Trade Organisation.

“There is actually a lot of interest from Chinese businesses especially in the offshore sector that are using the tax structures in place to invest in the region,” said Simeon.

In an effort to further promote this sector, Simeon has told SNA that the SIB is expected to organise a business forum promoting Seychelles' international financial services in the Chinese city of Shanghai in October this year.

Seychelles and China will mark 40 years since they established diplomatic relations, in June 1976, although ties between the two countries date way earlier.

Today, Seychellois with Chinese heritage form a large community and are represented in all sectors of society.

Aside from trade, over the years, Seychelles and China have developed cooperation in various fields, including tourism, health, education and maritime security.

Tourism is one area where there has been considerable improvement in recent years. The year 2014 saw a record number of 13, 349 visitors from China, which is now considered as one of Seychelles' main emerging markets for inbound tourism.

So far this year, 6,176 Chinese tourists have disembarked in Seychelles, which represents a two percent increase when compared to the same period last year.

Efforts to promote business partnerships between Seychelles and Qingdao also comes now that the city has signed a twinning agreement with the Seychelles capital city of Victoria.

According to an article published in the daily newspaper Seychelles Nation the agreement seeks to promote cooperation in the fields of science and technology, trade, tourism, culture, education, sports, health, environment among others.

China’s Communist Party Secretary for the Qingdao Province, Li Qun has said that it is important for Qingdao to develop relationships with different cities worldwide.

“Today we are able to forge a relationship because of our similarities. We are both port cities. Last year, Qingdao received 68 million tourists and if we can share one percent of this, it would enrich Seychelles,” said Li according to the article.

“We can also share our experiences in managing ports, in deep sea diving and cultural exchanges.”

According to the office of the Mayor of Victoria, Qingdao has established sister-city relationships with 63 foreign countries.