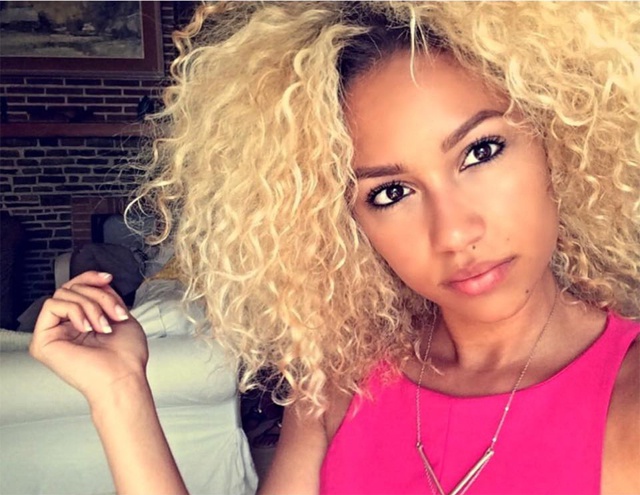 (Seychelles News Agency) - Becoming the face of a publicity campaign on the cover of a popular magazine, parading in one of the top fashion shows in the world or simply winning a modelling contest: these are surely some of the dreams of someone with a passion for modelling.

For Seychelles-born Anicca Van Hollebeke, emerging as the winner of one of the categories of Top Model Belgium 2015, has made a small part of that dream become a reality and has got her excited about what the future holds for her in modelling.

The finals of the contest were held last Sunday May 10, at the Lido, a popular cabaret located on Paris’ famous Champs-Élysées.

Top Model Belgium is described as a "popular modelling contest" offering those interested the chance to get noticed as a model and perhaps land a career in modelling.

There is also a category for children and another for the ladies named ‘Beauty’ where participants have to be above 28 but over 45.

Some 300 finalists altogether gathered in Paris for the final show last Sunday at the end of which the winners of each category was announced.

In an email interview, Anicca, who left Seychelles for Belgium when she was 13, told SNA that she discovered her love for modelling at the age of 17 and though she did not know where to start at first she has been busy looking out for opportunities to develop her passion.

“I saw on Facebook that there was a casting for Top Model Belgium, in a city not far from mine, so I went there a few days later,” Anicca told SNA.

“To reach the finals, I had to walk on stage in two outfits that we could choose [one fashion outfit and one lingerie] in front of the jury and the audience. There was, of course, a choreography for these two and there was no margin for error. Once I was selected for the finals, again, we had to walk on stage in two different outfits [fashion and lingerie] but this time we could not choose our own outfit.”

Being 1.68 metres tall, Anicca was participating in the ‘Senior Girl Model photo’ category which is for girls who are less than 1.7m in height and are photogenic.

“…the jury decided who was going to win in each category depending on the points they've earned from each member. And I was luckily the one they've all chosen among 20 other girls who were in my category,” she told SNA.

Anicca has described the experience as one that has made her very happy and got her excited about her future.

One of her main gifts is a trip to the Carribean, more precisely an inclusive 11-day stay at a four-star hotel in the Dominican Republic's Punta Cana along with the winners of the other categories. Anicca says she will be treated to a professional photo shoot experience while there.

The 19-year old who lives in Waremme, a city in the Belgium province of Liège, is currently in her first year at the University of Liège where she is studying architecture while she is also into fashion.

Born of a Seychellois mother and Belgian father, Anicca says she has been to Seychelles only once since she moved to Belgium in 2009.

“Life in Belgium is really different from the one I had in Seychelles. It was not really hard for me to adjust because we used to come every year to Belgium for holidays when we were in Seychelles.”

Apart from her recent participation in the Top Model Belgium 2015 contest, Anicca says she has also done a number of other photo shoots and she also features in a video clip alongside a young Belgian rap artist Pretty Skj for his song titled ‘Let her go’.