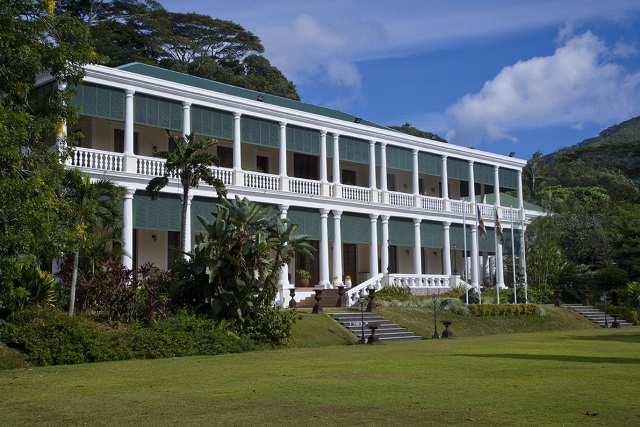 (Seychelles News Agency) - For the first time in the history of the Third Republic, the number of people wishing to participate in the presidential election has more than doubled in the Seychelles, an Indian Ocean country with a population of 90,000 inhabitants.

During the previous three elections, there were four options: the ruling Parti Lepep, (previously known as the Seychelles People’s Progressive Front or SPPF), plus one or two opposition parties, and one independent candidate.

But this time around there are eight officially registered political parties, and seven have already clearly expressed their intention to participate in the upcoming presidential race.

The presidential elections are scheduled for 2016, but there is a possibility they might be held before the end of this year.

The President of Seychelles, James Michel, was the first to announce in February that he would seek a third and final term of five years in office as stipulated by the Seychelles constitution.

Since the beginning of the Third Republic in 1993, the ruling party has won every presidential election in the first round with a score higher than 54%.

For now, only the Seychelles Freedom Party is left to confirm whether or not it will be participating.

But now two new parties that have just been formed; the Seychelles Party for Social Justice and Democracy (SPSJD) and Lalyans Seselwa (the Seychellois Alliance) have announced that they will also present a candidate.

Both propose to fight corruption and to strengthen social justice with seemingly left-leaning political ideologies.

The SPSJD party, which is headed by lawyer Alexia Amesbury, received the necessary documents to register her party from the Electoral Commission last week.

Amesbury will be the first ever female candidate to run for the post of President of Seychelles.

This mother of six children began her legal studies relatively late at the age of 37 years.

It is the abuse she suffered during her childhood which pushed the woman to defend victims of abuse.

"During my career as a lawyer, I have seen too many violations of the constitution... and in my opinion, for a democracy to work well, it has to be based on constitutional principles. In Seychelles, many of our institutions do not function well," Amesbury told SNA.

The SPSJD plans to hold a congress in the coming weeks to elect the party’s executive members.

Over a year ago, Amesbury had opened an application with the Electoral Commission, but she only officially lodged the required documents two weeks ago.

"I started my campaign several months ago by surveying people to see what they want, and all the people I've talked to... told me they do not have the means support their families... with my government and my party, all Seychellois will see what we will propose to improve their living conditions, once we release our manifesto," said Amesbury.

She added that her party will also participate in the presidential election as well the legislative elections.

She said that if her party chose her, she would be a candidate for the next presidential election.

"For now, we have the same problems as the other parties, there are many Seychellois who have the qualities, but some are afraid... they are not yet ready to move forward to help get things done," she added.

"I cannot say who will pass into the second round, because all political parties go into this race with the goal to win," said Amesbury, although she believes that she will win the election.

Last week, Patrick Pillay, who was once a minister in James Michel’s cabinet, registered his own political party called Lalyans Seselwa (the Seychellois Alliance), with the help of other former government ministers.

Immediately after its formation, Lalyans Seselwa indicated that the party would participate in the forthcoming presidential and parliamentary elections.

The party has not yet produced its manifesto, but it is expected to be published in June, when the party will hold its congress to elect its leaders.

Pillay held several ministerial posts, including Minister of Foreign Affairs from 2005 to 2010 and served as Seychelles’ Ambassador to the United Kingdom before retiring.

"When I look at what happened in the country during the last five years, I see that there are many things I am not in favour of, that are not in line with the principles of the SPPF party that I joined,” he told SNA.

“I joined the party in 1992, when I was Secretary General at the Ministry of Education and worked for the SPPF and the country, but now I see that things are different. We struggled to achieve equality and the same rights for all, where there was justice. I do not think that we now have the same great principles that René (the former Seychelles president and leader of the SPPF) had set up... there is just one group that gets all the benefits... which enjoys all the privileges, but that's not what I fought for," Pillay added.

He explained that for several years that some members of his party would meet to discuss the current situation of the country and this continued until they decided to form a political party, and they nominated Pillay to take up the leadership of the Lalyans Seselwa party.

"My mission is for our country to see more justice, more equality, more dignity for Seychellois because we were a proud people, and I congratulate Mr. René for giving us a Creole identity we are proud of and currently there are a lot of Seychellois from different backgrounds who have joined us," he said.

"I never imagined I would have the support of all the different sectors of the population.... but if you go to the party office, you will see the number of people who come to register... the only ones that do not come are the people who work in the government because they think they will be victimized, but we have told them that they should express their choice at the polls," Pillay added.

The Seychellois lawyer Philippe Boullé has taken up his pilgrim's staff once again to participate in his fourth consecutive Seychelles presidential election.

Since the introduction of multi-party politics, Boullé is the only independent candidate to participate in a presidential election. At the last election in 2011, he had obtained a score of 871 votes.

However, in 1993 he was the candidate of a coalition called the United Opposition and obtained 1,631 votes.

In his manifesto, Boullé proposes to set up a national unity government to lead the country out of its current situation.

He is the first candidate to have already released his manifesto, as the other candidates are still waiting for the official nod from their respective political parties before launching their presidential races.

Boullé explained that he was already out on the streets on a door-to-door campaign for two months to meet with Seychellois voters and present his ideas to them.

"We are in a situation where our state institutions are deteriorating... the reason is that politics has infiltrated them to such an extent that all decisions... are made based on political criteria. Corruption has also infiltrated them... today the task ahead is enormous. And we must remove politics," said Boulle.

For the moment, Boullé is keeping the identity of his running mate secret; he says it will only be announced when the election nominations are made.

The 65-year-old lawyer, who has participated in all the presidential elections except 1998, estimates that since he started in politics things have changed at the level of the electorate.

"Before, there was a kind of blind adherence to a political party, now you cannot see this blind adherence and this is an obvious change... people want to be free of these constraints and break free. And the option we offer attracts many people," continued Boullé.

He thinks that the next election will be very interesting, we think it will completely change the political profile on the ground, it is a new step... the world wants to go into a new stage, which is why our manifesto goes in the direction of change and rebirth."

When asked about how he expected to perform at the polls, he replied, "we think we will win the elections."

When the President of Seychelles, James Michel, was interviewed on the programme ‘En Moman Avek Prezidan’ (A Moment with the President), broadcast on national television station SBC, he offered the opinion that the creation of new political parties in the country was a good thing, because it showed that democracy in the country is healthy.

"When I was sworn in in 2004, I committed to the Seychellois people by promising them... to build a strong and robust economy and do everything in my power to strengthen democracy... and today we can see that we managed this transformation... and many people want to become president. But in the end, the Seychellois people will decide," said Michel.

The head of state declined to comment when reporter Marceline Evenor asked him about the new political parties, stating that he would reserve his views for the next Parti Lepep congress to be held in June.

However, the head of state has insisted that allegations of corruption raised by the other political parties are merely perceptions.

"Currently, if you want to start a political party, you just have to say you want to fight against corruption. We all try to ensure to eliminate corruption wherever it is... but until now nobody has been able to provide evidence of corruption so that we can crack down on these people. My government will do everything in its power to remove not only the perception but also corruption if it exists, and if we have proof... but today it is political propaganda, which is in fashion," continued Michel.

The political situation in the Seychelles should be a little clearer in early June.

Parti Lepep will hold its congress and President James Michel expects to formally receive the support of his party for the presidential elections.