Seychelles - No foreign military base allowed 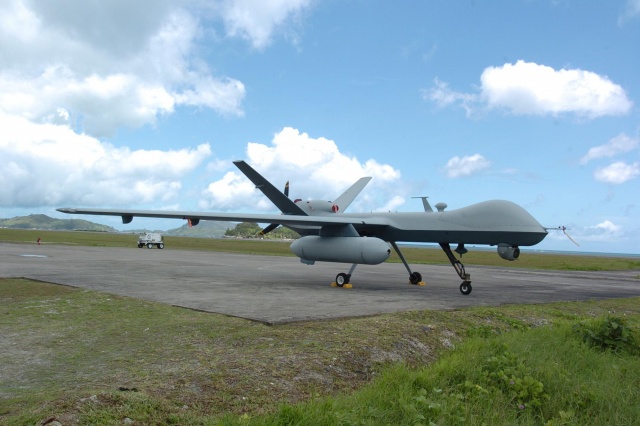 Several military operations in the Indian Ocean use Seychelles as a place for refuelling, rest and recreation. Pictured is a US Air Force surveillance drone at Seychelles International Airport in 2009.(Seychelles News Agency)

(Seychelles News Agency) - Seychelles does not intend to allow 'any military base for any country,' on its territory, according to a statement issued this afternoon by the Seychelles Ministry of Foreign Affairs.

This follows a RIA Novosti report yesterday which said Russia is negotiating with several countries including the Seychelles to establish a military base in the Indian Ocean archipelago, as part of its efforts to expand its permanent military presence outside its borders.

“Seychelles is also working closely with Russia to increase the number of ships that it deploys to Seychelles and to the region to reinforce the shared maritime security of the region and has offered Russia use of Port Victoria for its logistics, refueling and allow its crew to rest. Seychelles offers the same facilities to many nations that participate in the joint patrol and surveillance of its maritime zone and the wider region,” read the statement.

The MFA said that Seychelles works closely with many foreign partners including Russia on issues of maritime security and that it 'welcomes joint patrols and surveillance' of its 3.1 million square kilometre exclusive economic zone.

Port Victoria, the port of the capital of the Seychelles archipelago, is a popular port of call for rest and recreation for military vessels based in the Gulf of Aden and Horn of Africa involved in different international anti-piracy missions in the region, including Operation Atalanta, the European Union’s counter-piracy operation off the coast of Somalia.

In December 2011, AFP reported that China was invited to set up a military base in Seychelles. Seychelles and China both denied the reports, saying the Seychelles foreign minister had been misquoted.