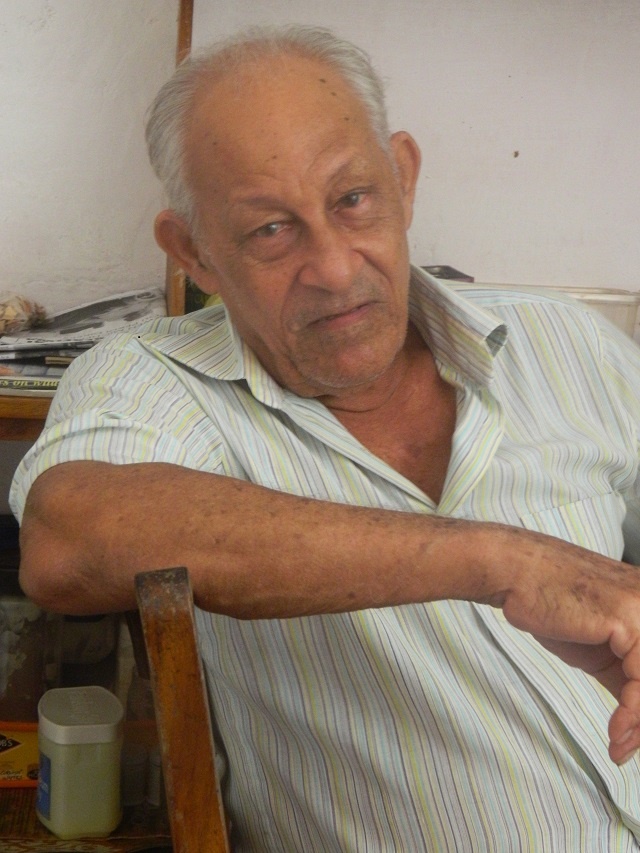 (Seychelles News Agency) - The practice of using plants for medicinal purposes or herbalism is not new to the islanders of the tiny Indian Ocean archipelago of the Seychelles.

In fact, with descendants hailing from three continents, that is Africa, Asia and Europe, the knowledge of plants and their various uses have been passed on from generation to generation.

A mixture of endemic, native and introduced plants is used in this practice; from the colourful periwinkle (Catharanthus roseus) to the edible ‘bred mouroun’ (Moringa oleiferaa) as it is known in the native Creole language, to the smelly ‘bwa torti’ (Morinda citrifolia) and even vines-like but scented ‘gro bonm’ (Plectrantus aromaticus).

It is common to find a variety of plants with medicinal properties, growing among other foliage and flowers in the front yards of many of the homes of the islanders of the archipelago which has a small population of only around 90,000 people.

Despite the popular view of the practice as a form of  ‘witchcraft’ and  ‘gris-gris’ (black magic), the emergence of modern medicine and proper hospitals, does not deter a number of Seychellois to visit the handful of known practicing medicinal doctors.

One of the most reputed among the practicing herbalists living in the Indian Ocean archipelago is Ferdinand Vidot.

A day among miracle plants

Away from the hustle and bustle of the capital of Victoria, among the meandering roads of Val d'Andorre, a sub-district of Baie Lazare, in the Southern part of the most populated island of Mahe, a discreet signboard points the way to Vidot’s clinic.

The opening hours and closing days already give a first-time visitor, the impression of a well-frequented house.

Ferdinand Vidot, a balding man with a quick laugh, was not surprised of SNA's visit to his house. In fact, the humorous 81-year-old revealed that he enjoys a good conversation with the media.

“Too many people come to see me. I am getting old…In November, I will be 82 years old. I have so much to share…,” he explained.

On that particular day, a lady sat in the waiting area [under the veranda] while SNA conducted the interview.

“A patient?” SNA asked. "Yes, he replied calmly…I am the last resort for all those who want to avoid the modern medicine.”

Vidot did not want to reveal how many patients visit his clinic every day but he insisted, that they all needed a second opinion on simple health matters such as hypertension to chronic diseases and even sexual matters or fertility issues.

“I have saved hundreds of people in my days…Some were even going to be operated on…,” he added.

Throughout the interview with SNA, Vidot was constantly interrupted by phone calls which he took patiently, discussing softly with the other person on the line, possibly another ‘patient’. Vidot said his knowledge acquired over the years, had been jotted down in books which he has handed over to one of his two sons.

The rest, he explained that he shares with school children, scientists, and eager plant enthusiasts who he is hoping will allow the art to live on when he is gone.

A legacy of craving for plants

While plants are well cared for and their healing virtues are viewed as family legacies, the practice of herbalism has brought several species to the fore.

This includes the noni plant (Morinda citifolia) which is commonly used to cure different kinds of ailments including a possible cure among sufferers of cancer in Seychelles. Another commonly used plant in the Indian Ocean island is neem, (Azadirachta indica) which is used for various purposes.

“In Reunion, the plant is believed to have at least forty-seven medicines in it. In Arabian countries where it [neem] is from, they have discovered it can help cure at least 110 ailments. It is also termed as a ‘miraculous’ plant which is very rare for scientist to label a plant as such...,” said Vidot adding that having such tree in the garden brings many benefits to a household.

Out in the midday heat, Vidot's helper, Berrard Morel was collecting plants in the vast garden of the front yard. There a few herbs have been planted by Vidot himself during his younger years as an agricultural officer while others were planted to cater for the demands of his clients.

Not all plants could be collected at this hour, so Morel, in his late forties proved to be a connoisseur of plant names and properties as he rambles on from one tree to the next.

“...We have a mixture of plants...this is good for children...this one is ‘bwadrenet’ (Dodonaea viscosa) which can be used to alleviate diarrhoea, nausea, toothache and many more...’bwa zoliker’ or carrot tree….this one is rare too. This is ’Bwa bouke’ or Mickey Mouse Plant....,” Morel explained to SNA as he went on.

After collecting a few branches and leaves, Morel made his way to an area where the plants are left to dry. This is believed to contribute to the sweet taste of Vidot’s medicine.

Today, Morel is concentrating on packaging a myriad of barks, leaves and dried branches that have been chopped in small chunks for patients suffering from fever. Their inscriptions will later be printed on the clear packet for the patients to take home and brewed, boiled, chewed or applied as per the dosage and instructions of Vidot.

The future of plants and medicine

With over 850 species of flowering plants in Seychelles, Vidot is chagrined by the way plants are being misused leading to the rare sightings of such species as the ‘bwa dou’(Craterispermum microdon) and bwa-d-renet (Dodonaea viscosa) while others such as the jellyfish tree (Medusagyne oppositifolia) have almost become extinct across the archipelago's 115 islands.

“All trees can be used as a medicine including tall trees as well as vines.  Maybe someday we can find medicine in vanilla or other ‘insignificant’ and unused plants for illnesses and even HIV Aids….,” he commented shyly.

According to Vidot, each country, and Seychelles is not an exception, has seven 'miraculous' plants and hence a study on the medicinal properties of the archipelago is of utmost importance. Furthermore, Vidot cautions against the usage of plants without proper knowledge as similar to modern medicine, some plants can be poisonous if not used in the right way or have the right dose administered.

“Now, people are getting the idea of cross-cutting or cross-breeding plants; putting two plants together to create new ones. These are removing the genetics of the plants and creating more illnesses in plants...,” said Vidot adding that in a plant there are "more than one hundred medicines."

However, Vidot encouraged plant enthusiasts to talk to their plants before retrieving any seeds, bark or branches "as plants are living things too and they are damaged by our misuse of their virtues."

Had he gone to school, Vidot believes he would have been a ‘proper’ doctor, and would not have known the many wonders of plants which he learnt from the elders in his family. Had he also followed his brothers into the Second World War, Vidot joked that he would not have been tempted by all the beautiful women who stayed behind in the 1940’s. As a 21-year-old, life in Seychelles was hard then but Ferdinand said he has never been deterred by challenges.

“I had a heart attack myself…," Vidot confided in SNA "...not because I had a weak heart but because God made everything in two's…Just like God created the sun and the moon, the light and the dark, so I have to accept it.”

Asked about his advice for young people he said alcohol should be avoided at all cost as it has seven spirits in it. "As soon as you get drunk, it takes power over you…," said Vidot.

As he casually stood up, a clear sign that his consultation had ended, Vidot cautioned on the health of the population.

He recalled how in the old days, illnesses such as cancer were non-existent as the locals consumed meat once a year. "There was no whisky or any sort of alcohol..," he added.

“Our insides are being contaminated by meat, alcohol and rich foods. We used to cook with our fish standing next to the bonfire…. but today, it goes in the pan ... We used to grill our breadfruit in the fire but now we cook it on the cooker. Everything has changed. We should see this…..”

With another ‘patient’ in waiting there was no choice but for the interview with SNA to come to its end.