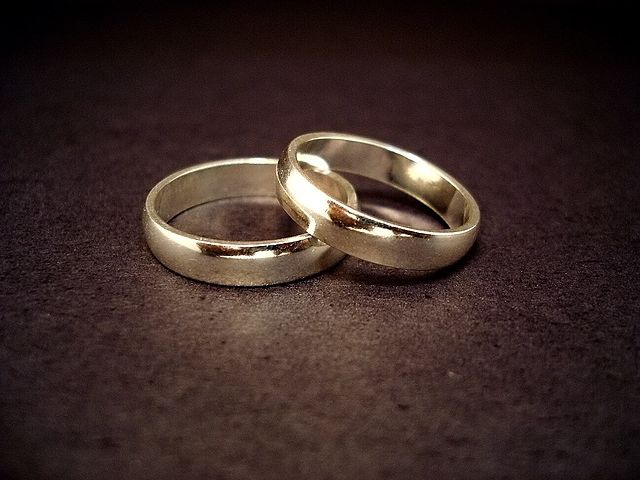 (Seychelles News Agency) - The Seychelles Principal Secretary for Foreign Affairs, Ambassador Maurice Loustau-Lalanne, has described the announcement of the British High Commissioner to Seychelles’ intention to conduct a marriage ceremony today between two men in Seychelles as “lacking in sensitivity,” saying same-sex unions are not currently recognised by law in the Indian Ocean archipelago.

The two men, who were married earlier this afternoon by the outgoing British High Commissioner Lindsay Skoll, are a British national and a Seychellois national who is also a British passport holder.

The event took place at the High Commissioner’s residence at Bel Air, a district on the outskirts of the island nation’s capital of Victoria on the main island of Mahé.

In a media invitation to the event issued on Tuesday this week, the British High Commission (BHC) said the two men “were legally entitled to be married by an appropriate British official on British territory,”  and claimed the High Commission had sought and been granted permission to conduct the marriage.

“As with any diplomatic mission, all official correspondence with the Government of Seychelles is conducted through to the Ministry of Foreign Affairs,” reads the statement.

“Should the government of Seychelles have declined to give permission, such a service would not have been offered. The British High Commission has complete respect for the laws, culture, beliefs and values of the Republic of Seychelles.”

However, speaking at a press conference called on Friday morning, Loustau-Lalanne clarified that while advice had been sought from the Ministry of Foreign Affairs by the BHC in September last year regarding three hypothetical same-sex marriage scenarios, no formal notification was given to the Seychelles government of this specific ceremony.

When responding to the ‘note verbale’ [diplomatic communication], Loustau-Lalanne said that the ministry had advised the BHC that Seychelles a signatory of the Vienna Convention, was bound to recognise the territorial sovereignty of each country with a diplomatic mission in the Seychelles.

“And thus, under this provision, we told them that they can execute the provisions of the Same Sex Marriage law,” said Loustau-Lalanne.

“So we communicated this to the High Commission in September last year, and after that we did not hear anything. I then received an invitation via email… I did not give any approval of the marriage of these two people.”

What the law says

Britain’s Marriage (Same-Sex Couples) Act 2013, came into force in March 2014. However, in Seychelles, same-sex marriage is illegal according to the island nation’s constitution.

In an interview with SNA on Friday, the Seychelles Attorney General Ronny Govinden said that while Seychelles is a free and democratic country that is tolerant and accepts a range of diverse values, this tolerance still has its limits, adding that the country’s constitution makes reference to the acts that are not allowed and this includes same-sex marriage.

While it is stated in article 31 (1) of the Seychelles’ current Constitution, which was adopted in 1993, that the State recognizes “the right of everyone to form a family and undertakes to promote the legal, economic and social protection of the family”, this right is subjected to certain restrictions.

Article 32 (2) states that “the right contained in clause (1) may be subject to such restrictions as may be prescribed by law and necessary in a democratic society including the prevention of marriage between persons of the same sex or persons within certain family degrees.”

Nevertheless, the Vienna Convention, of which Seychelles is a party, establishes international standards in relation to diplomatic premises and their rights and duties in the respective countries where they are based.

“…the convention has its laws which is the diplomatic privilege act which brings the convention into our laws which means when there is a diplomatic premise, residence or office which is recognized by the government, the location is regarded as part of the sovereign territory of the particular state,” said Govinden.

“…in such places you can exercise your civil laws just like you exercise it in your country’s territory itself…meaning the British at their High Commission... can execute any legal transaction or contract that can be performed in England and this by an officer who has been empowered or given the power under the British laws.”

While some Seychellois people are indifferent to the event, others have reacted positively in the printed media and social media this week, reporting that the LGBT community would become more active in promoting their rights in the country.

There is also a sizeable proportion of the largely conservative population with strong religious beliefs which has set themselves against such a union happening in Seychelles even though it will be solemnised on British ‘territory.’

Much of the negative commentary has been directed towards the British High Commissioner and a perceived imposition of foreign cultural values, with some describing the move as an act of cultural imperialism or simply dismissing it as a publicity stunt.

According to the National Bureau of Statistics, out of the entire Seychelles population of around 90,000 people, 76.2 percent is Roman Catholic, 6.1 percent Anglican, 2.4 percent Hindu, 1.6 percent Muslim, and 13.7 percent other faiths.

Members of the Seychelles Interfaith Council (SIFCO) which brings together the leaders of the different religious groups in the country have said that they are ‘saddened’ by the British Government’s decision.

“Whilst this is happening on UK soil, do the people of Seychelles and the Government have any say on what will happen on Saturday on their land, as the persons concerned are living in the Seychelles?,” said the SIFCO’s Chairman Denis Wiehe, who is also the Bishop of the Catholic Diocese of Seychelles in a press statement issued on Thursday afternoon.

“To us, marriage is always a response to God’s love for the act of procreation of children.”

The statement adds that the ‘wedding of two men’ is creating “a state of complete confusion in the minds of our fellow citizens.”

“As faith leaders, we foresee in this event the creation of two groups of Seychellois, those abiding and who are respectful of the law of our land and those who are not.”

Not recognized by Seychelles law

Even though the couple are being married under British law their union will not be recognized under Seychelles law.

“We do not consider them married and their marriage does not have any legal standing, for example if they decide to adopt they will not be able to adopt the child as a married couple. If one of them dies…the inheritance laws… the one left behind will not be considered as a surviving spouse, if there is any pension the other will not be entitled to any benefits,” Govinden told SNA.

“This means the marriage is null and void and do not have any legal effect in Seychelles. It will have all its legal rights in the UK.”

In spite of homosexuality technically being a criminal offence in Seychelles, no one has ever been prosecuted for any homosexual offence since the constitution was adopted in 1993.

The island nation gave its commitment before the Human Rights Committee of the United Nations in 2011 to consider amending the penal code that makes it a crime for two people of the same sex, particularly two men, to have sexual relations.

“We are having considerations internally of course. We need to consult all agencies all institutions and all concerned to have a consensus…it’s not an easy decision, it’s a decision that will need to be taken after we have thought it through so that everyone in Seychelles feels that the moment is right to take the decision…” said Govinden.

‘We will continue to work together’

Loustau-Lalanne noted that although High Commissioner Skoll was well-aware of the sensitivity of LGBT rights in a conservative country such as Seychelles, it should be understood that as a diplomatic official, she was not acting solely upon her own motives.

“Mrs Skoll also takes orders from the Foreign Commonweath Office, because it is they who decide the politics of their foreign policy, and when they changed their law on same-sex marriage in 2014, it came into their foreign policy to put pressure on countries which do not conform…” he said.

Asked whether he thought that diplomatic relations would be affected negatively by the issue, Loustau-Lalanne replied in the negative.

“It is unfortunate that this situation has unfolded in this way, but we will certainly, through our diplomatic channels express our dissatisfaction with this situation, and it is normal; it happens all the time, but it is hoped that we will continue to work together in many more areas, but we will resist the pressure that we are getting in particular with them, and we need to find a final solution with them on this issue…”

The principal secretary said he believed that the easiest way to solve the dilemma would be to put the issue of LGBT rights to the people of Seychelles themselves.

“We have our own country, we have our culture, and we have our own ways of doing things. This situation is being discussed in many different forums, government has talked about it, there are certain things which have gone to court, now all these issues have been precipitated if you will. But we have to take a decision to see where we want to go in this regard.”

In its statement, the British High Commission said that discussion of “topics connected to equal rights” would be welcomed, and added they wished to “repeat once more that it is for the citizens of each and every country to decide upon their own legislative framework.”