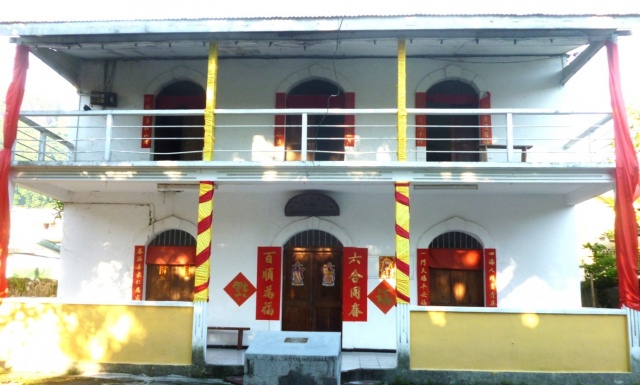 (Seychelles News Agency) - Work has started for a $500 thousand dollar Chinese pagoda to be erected near the Sir Selwyn Clark market in Seychelles capital, Victoria, replacing an existing pagoda that was built in 1900.

The Chinese ambassador to Seychelles Shi Zhongjun and chairman of the Chinese Association of Seychelles Charlie Ng Ping Cheun laid the foundation stone for the new building on Sunday. Shi thanked the Chinese community for funding the new pagoda project.

Cheun told the Seychelles News Agency that the new building will be modern and feature Chinese architecture.

Seychelles' social affairs, community development and sports minister Vincent Meriton said ties between China and Seychelles are growing, not only along economic and diplomatic lines, but also with regard to culture.

The ceremony was part of the First China-Seychelles Day, which also coincided with the Chinese New Year. 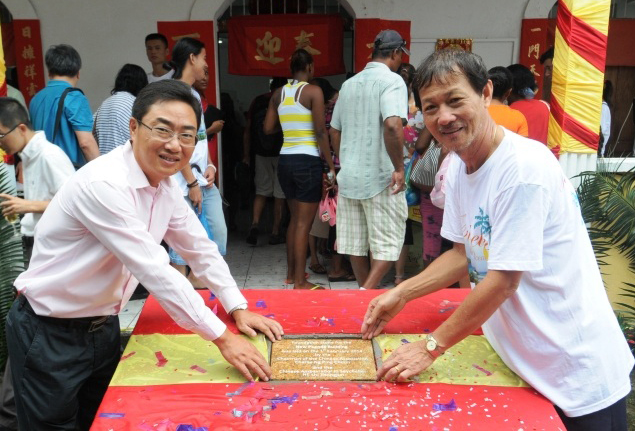 Earlier in the day Seychelles President James Michel sent his warmest and most sincere wishes for peace, prosperity and good health to Chinese President Xi Jinping and the people of China.

In the message, President Michel paid tribute to the Chinese community in Seychelles and the pivotal contribution they make to the Seychellois society.

“There is no better way to usher in the Year of the Horse than by celebrating the special ties that China and Seychelles share,” said the President.

The National Archives have records of the first Chinese arrival in the Seychelles in 1863 aboard a merchant ship. They were followed by a group of 23 more immigrants from Mauritius in 1886. The pioneers built the pagoda in 1900 whereupon it helped preserve Chinese traditions and sheltered new immigrants as it also became a classroom for Chinese culture lessons.