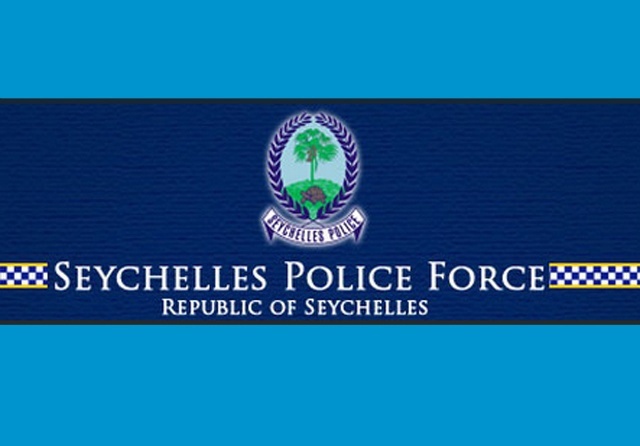 The logo of the Seychelles Police (Seychelles News Agency)

According to a press statement issued by the police on Thursday evening, the NF Indian Tuna No. 1 is carrying the body of a crew member who was reportedly stabbed to death in the neck and stomach on Tuesday June 23 while the fishing vessel was on its way back to the archipelago's main island of Mahe.

The Seychelles Ports Authority at 14:30 on Friday afternoon confirmed to SNA that the vessel was currently in the process of arriving at Port Victoria.

It was alleged by the ship's captain that the deceased, who was an Indonesian national, was killed by another crew member, who is reported to have jumped overboard after committing the murder and was not seen again.

Police said the ship's captain had informed the local authorities of the incident on Wednesday afternoon.

The NF Indian Tuna No. 1 is Seychelles-flagged and registered in the Indian Ocean archipelago, a fact confirmed to SNA on Friday morning by the Director General of the Seychelles Maritime Safety Administration (SMSA), Captain Joachim Valmont.

A recent update on Sheng Sheng Fa Boat Building Company's website, the Taiwanese boat building company which built the long-liner with its ultra-low temperature 230-tonne capacity storage facilities on board, says that the vessel was ordered by Neptune Fisheries and was delivered to the Seychelles in March 2015.

According to the company's agent, Allied Agency, Neptune Fisheries is jointly Seychellois- and Taiwanese-owned.

Speaking to SNA in a telephonic interview on Thursday evening, police spokesperson Jean Toussaint said that no further details were available about the incident, but added that once the vessel had docked the Seychelles authorities would transport the body of the deceased to the Seychelles Hospital to perform an autopsy.

Toussaint added that police officials would be conducting an official investigation into the circumstances surrounding the murder.