‘Carnival of Carnivals’ gets underway in the Seychelles 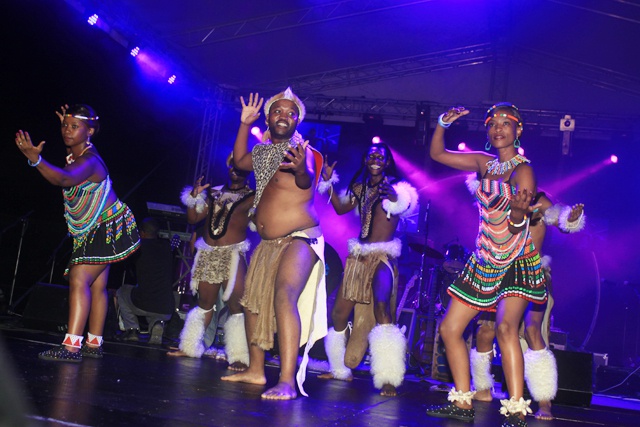 (Seychelles News Agency) - Dubbed the ‘Carnival of Carnivals’ by sections of the international media the fourth Seychelles’ Carnaval International de Victoria got underway in the Seychelles capital Victoria today, soon after sun down.

Passing showers early afternoon which threatened to mar the event dried up allowing the open air event in the cool breeze of the evening.

It was in the presence of participating international delegations and a record number of 151 journalists from 84 global media houses that the Indian Ocean archipelago’s Tourism and Culture Minister Alain St Ange launched the three-day event.

In attendance at “Stad Popiler” a stadium in the centre of Victoria was Seychelles’ President James Michel, local and visiting ministers from neighbouring countries and other key dignitaries from the islands and abroad.

Noting that a record 26 international delegations made it to the Seychelles carnival this year, St Ange said Carnaval International de Victoria is one of the steps the tourism industry has taken to move away from the previously traditional display of the Indian Ocean islands as a destination where visitors frequent just to enjoy the sand, beaches and tropical sunshine.

He said the carnival is one of the ways of acting on the president’s call to showcase the Seychellois culture through a culture based event.

‘We are not ashamed of our culture as we give it its central place in the event,’ St Ange said.

St Ange proudly noted that he was informed recently by Claire Holder of the Notting Hill carnival in the UK that the Carnaval International de Victoria is now amongst the 'TOP 5' Carnivals of the World.

Notting Hill has been a faithful participant of the Seychelles’ carnival since it started in 2011.

Helping Seychelles to co-host the 2014 edition of the carnival are neighouring La Reunion, Madagascar, Mayotte, and South Africa KwaZulu Natal. Expressing appreciation for such partnerships St Ange thanked the co-host nations for believing that Africa should work with Africa to have a stronger tourism industry and economy.

The opening ceremony, a blend of colours and lighting also saw live performance by local artists as well as a foretaste of what the international delegation from different corners of the world from La Reunion, South Korea, China, South Africa KwaZulu Natal to Brazil will showcase Saturday April 26, the main carnival day.

The Seychelles’ capital of Victoria is still resounding of live music until midnight local time as the streets are filled with people from Seychellois to visitors.

Rendezvous for the parade of an array of colours showcasing the melting pot of cultures as it has been described is at 3.00pm local time Saturday April 27 as the 26 international delegations will blend with the local floats, moments to be captured by 151 journalists who will later relay what Seychelles has to offer to the world.