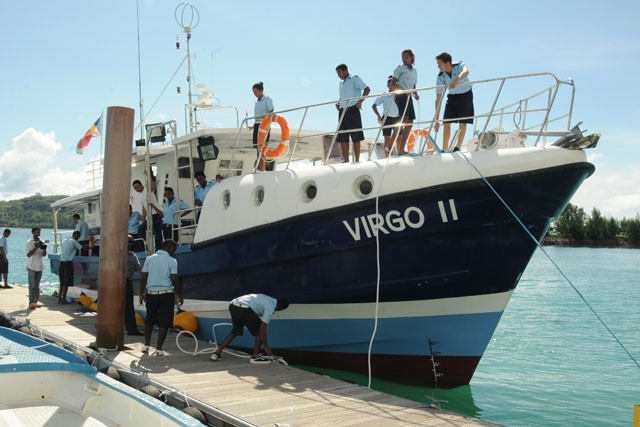 (Seychelles News Agency) - Certification of maritime-related training provided in Seychelles will now be recognized internationally as the island nation has made it to the International Maritime Organisation, IMO’s white list.

The Seychelles Maritime Safety Administration (SMSA) received official confirmation of the achievement on Monday this week.

According to a press statement issued by the Seychelles Ministry of Foreign Affairs and Transport yesterday afternoon, the decision to add Seychelles to the IMO white list as of June 15 was taken at the organisation’s 95th session held at its London headquarters from June 3 to 12.

The International Maritime Organization is the United Nations specialized agency responsible for the safety and security of shipping and the prevention of marine pollution by ships.

The convention was first adopted in July 1978 and subsequently came into force in 1984 before amendments were made in 1995 and then in 2010.

In an interview with SNA, the Director General of the Seychelles Maritime Safety Administration (SMSA), Captain Joachim Valmont said that the country has had to amend existing legislation and adopt new laws to comply to the IMO standards.

This includes the amendment of the Merchant Shipping Act which was approved by the National Assembly in July last year.

“We also had to prepare the training courses and examinations that need to be implemented. We had to compile all of this and I submitted the required documents in July 2014,” said Valmont.

It is to be noted that Seychelles had the collaboration of Sri Lanka’s Colombo International Nautical Engineering College CINEC in the process to attain IMO’s white list.

The SMSA and CINEC signed a Memorandum of Understanding (MoU) in December 2013 while the Seychelles education ministry signed a 3-year agreement with Cinec in August 2013 which saw the Malabe based institute assuming the management of the island nation’s Maritime Training Centre (MTC).

This was exactly one year after Seychelles President James Michel made a state visit to Sri Lanka and initiated the collaboration.

Captain Valmont has said that making the white list will bring immense benefits to the Seychelles maritime sector.

“…Currently we have 5 tankers trading internationally and to obtain Seychellois to work on these tankers be it in any position, even as a seaman we had to send them abroad for training be it in South Africa, the UK or Australia and Seypec [the Seychelles Petroleum Company which manages the Seychelles fleet of tankers] had to spend a lot of money...private individuals as well it cost them a lot to go and undertake these overseas training. Now we will be able to offer these training locally for our young seafarers,” said Valmont.

“Before Seychelles was being considered ‘a black list country’ if I may say so and our fleet of tankers, for example, had to go through tough port control procedures when visiting countries that are already on the white list as they were not expecting you to maintain the required standard. So we will gain some benefits in that sense as well and also when it comes to insurance for our vessels, this will also be taken into consideration.”

In the press statement issued yesterday afternoon, the Seychelles Minister for Foreign Affairs and Transport Joel Morgan said the development “better places the Seychelles on the international maritime stage and is another important element as we further develop our maritime industry and blue economy.”

As of May last year there were some 127 countries worldwide on the white list including the Indian Ocean island neighbours of Mauritius, Maldives and Madagascar.

According to Captain Valmont, all does not end with the white list certification as there is an uphill climb to maintain the standard.

“IMO has already alerted us [SMSA] that they will be conducting an audit in June next year to evaluate our performance and see if we are maintaining the standard.”