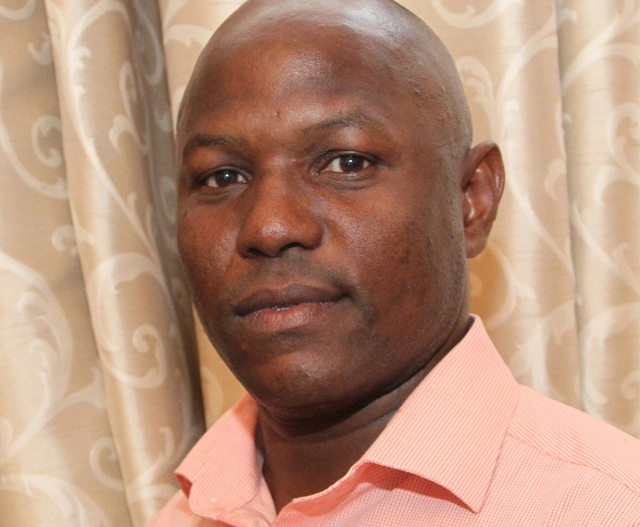 Ronal Cafrine, an economist from Seychelles, has been appointed as an adviser to the IMF's Executive Director for the Asia-Pacific region (Seychelles News Agency)

(Seychelles News Agency) - An economist from the Seychelles, Ronald Cafrine, has been appointed to a senior role at the International Monetary Fund (IMF)'s headquarters in Washington, D.C.

The announcement was made during a courtesy call Cafrine made to the President of Seychelles, James Michel at State House on Monday morning.

President Michel congratulated Cafrine on his appointment as Adviser to the IMF's Executive Director for the Asia-Pacific region, Barry Sterland.

Cafrine, who has worked in the Seychelles government as a public servant for the past 25 years, was applauded by President Michel for his hard work and dedication.

“It is an honour for Seychelles that you have been chosen for a high-level IMF post," said the President in the statement. "We are very proud of you and your work. It is a recognition of what a Seychellois is capable of as you have demonstrated that you have the experience, skills and capacity for work at a highly regarded international institution. I wish you every success in your new role and hope you are an inspiration to others.”

Thanking President Michel for his support, Cafrine said he aimed to share the Seychelles' experience of economic reforms with other countries.

“Seychelles is now a model for small island states for macroeconomic resilience and how to take reforms forward… I will also contribute to policies for other small countries on how to manage their economies,” Cafrine told local media in an interview after the meeting.

With a Bachelor of Economics from the University of Essex in the United Kingdom, Cafrine began his career as a trainee officer at the Economic Planning Division of the Ministry of Planning and External Relations in 1990, and worked his way up to become a senior economist.

He played an advisory role in various positions across government ministries and agencies, eventually becoming Special Adviser to the Minister for Finance, Trade and Investment, Pierre Laporte in 2012.

Cafrine is expected to travel to the United States to take up his new post at the IMF on August 3. The IMF Executive Director for the Asia-Pacific region, Barry Sterland, whom Cafrine will be advising, is an Australian former Treasury official who was appointed to his IMF role in September 2014.