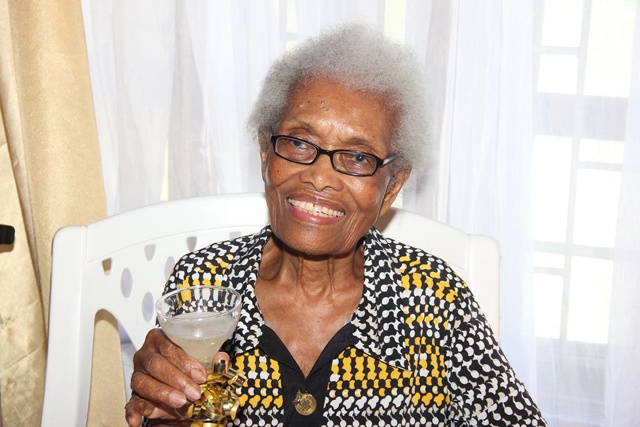 Women from the Seychelles who were born in the early 1900's might just have a better chance at living to a ripe old age if they were born during the month of July.

Records from the Seychelles Department of Social Affairs show that of the 115-island archipelago’s population of 90,000 people, almost 40 percent of the country’s centenarians, or people above the age of 100, were born in July.

According to information provided to SNA by Marie-Antoinette Nanon, a Senior Programme Assistant at the department of Social Affairs, the number of centenarians celebrating their birthdays in July this year was six.

However, she also shared the sad news that one of the ladies, Rosalia Agrippine, nee Hoareau, of Mont Fleuri, a central district of the main island of Mahe, passed away only two weeks after celebrating her 103rd birthday on July 8.

According to 2013 figures on the Seychelles' National Bureau of Statistics website, overall life expectancy among the islanders is 74.2 years old.

However, the data also shows that Seychellois women tend to live longer than men with the average life expectancy of women being 79.5 years and a full ten years less for men at 69.3.

Despite the sad loss of Rosalia Agrippine, Seychelles is now expecting to have even more centenarians than before, with the addition of two ladies to the club last week: Alda Philo of Anse Royale and Raphalda Jacqueline from St Louis, who turned 100 on July 15 and 19 respectively.

Both ladies celebrated their milestone birthdays in style last week, surrounded by friends and family.

And by the end of next week, on July 31, another Seychellois woman is expected to celebrate her 100th birthday - Eva Bethew of St. Louis - who will bring the total number of centenarians to 12 thus far.

The Seychelles' oldest citizen of all, Nancy Marie of English River, turned 106 in January this year, followed closely by Marguerite Hoareau of Roche Bois who turned 105 on July 11.

2014 saw three of the islands' centenarians pass away, and in February this year, the Seychelles' oldest man, Bertie Edouard Mahoune, passed away at the age of 100.

The list of Seychelles women centenarians also include May Celtel who celebrated her 100th birthday in Florida earlier this year, nearly 14,800 km away from her Indian Ocean island home. Celtel who was born in Kenya from Seychellois parents has lived in Seychelles since her teenage years until six years ago when she moved to Florida.