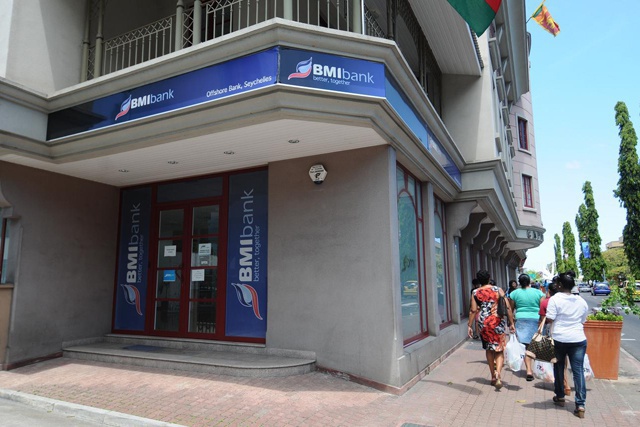 (Seychelles News Agency) - Onshore banking activities, including the possibility of introducing Sharia-compliant banking are being considered for the Seychelles-registered Bank of Muscat International Offshore (BMIO).

The Al Salam Bank of Bahrain, which now owns 50 percent shares in the Seychelles-registered Bank is engaging with the Seychelles authorities on the future of the institution, following the recent approval of BMIO’s reorganization plan.

It is to be recalled that CBS took control of BMIO in November 2014, following the breakdown of the latter’s foreign correspondent banking relationship the month before.

The reserve bank subsequently announced the restructuring process of the bank with the appointment of a foreign reorganising agent for the job.

The reorganisation plan of BMIO prepared by Huns Biltoo of KPMG Mauritius, received the approval of the Seychelles Supreme Court on June 24, after receiving the go ahead of all relevant stakeholders in line with the Financial Institutions Act 2004 (FIA).

The Governor of the CBS, Caroline Abel has said that it has taken approximately 8 months for this to materialize “counting from the time the issue of BMIO first came to light.”

“The way forward now is to fully implement the plan and hand the institution back over to its shareholders, namely Nouvobanq and Al Salam,” said Abel in an emailed response to SNA.

An Al Salam delegation was in Seychelles from July 22 to 23, to discuss the way forward.

It was then that they discussed plans to consider opportunities to develop onshore banking activities, including the possibility of making the institution a Sharia-compliant bank. This was during meetings they had with the Seychelles President James Michel, the Minister of Finance, Trade and the Blue Economy Jean Paul Adam and CBS Governor Caroline Abel.

Sharia Banking also known as Islamic Finance, basically forbids all forms of interest and works on the basis of risk sharing.

Seychelles is yet to venture into Islamic banking as the country does not currently have legislation which caters for these kinds of banking activities, however, CBS has said that Seychelles government recently commissioned a study into Islamic finance which “has identified the potential for Islamic banking to contribute significantly towards Seychelles’ GDP.”

The reserve bank has also announced plans for CBS to put in place the necessary framework to introduce additional financial services in Seychelles, including Islamic banking as part of the country’s Financial Sector Development Implementation Plan, which was approved by Cabinet in November 2014.

While BMIO’s reorganization plan is being fully implemented and the Bahrain-based Al Salam's proposals for the bank’s future are being studied by the Seychelles authorities, the offshore bank remains under CBS management for the time being while there is a new interim Managing Director in place.

According to a news report aired on the national television, Seychelles Broadcasting Corporation SBC, on Monday, “the new interim MD is Issa Soormally, who is the former Deputy Governor of the Bank of Mauritius” and is replacing the former Managing Director Frank Hoareau “who resigned in March this year.”

The SBC report also confirmed that the Bank of Baroda was BMIO’s new foreign correspondent bank through its branches in New York, London and Frankfurt for dollar, pounds sterling and euro currency transfers.

BMI Offshore was first registered in Seychelles in July 2008 as a joint venture between BMI Bank in Bahrain and Seychelles-based bank Nouvobanq, each with 50 percent shareholdings.