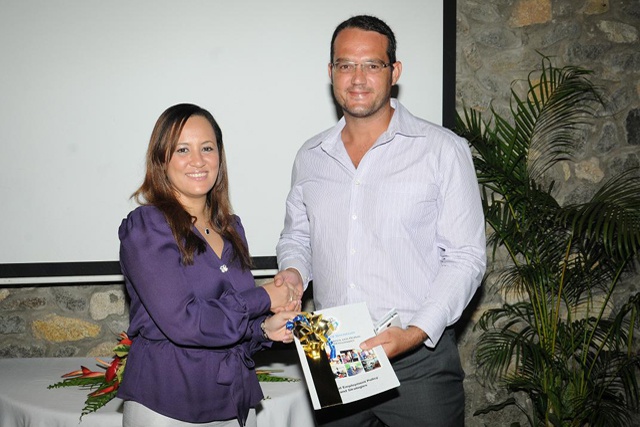 (Seychelles News Agency) - Three days to International Labour Day on May 1, Seychelles has taken steps to better respond to the island nation’s employment priorities with the launching of a new policy this morning, aimed at ‘creating decent work for all’.

The Seychelles Ministry of Labour and Human Resource Development called the launch historic, explaining it will help make the Seychelles’ employment landscape more competitive at the national and global levels and make the Indian Ocean island nation better able to retain Seychellois workers, as the policy addresses job and training mismatch and other shortfalls.

The country’s Labour and Human Resources Minister Idith Alexander said the policy will benefit both local and foreign workers equally, as well as employers who will gain from greater productivity which will in turn spur economic growth.

“The previous national employment policy was adopted in 1999 when the world was entering into the new millennium in cognisance of the challenges Seychelles might face as a result of rapid development and global trends,” said Alexander.

It is important for the Indian Ocean nation’s employment policy to remain relevant, she said, noting there are new emerging issues which are changing labour relations between employers and workers.

“The effects of globalisation, demographic trends, climate change, international financial crisis and socio-cultural changes are issues of concern to us all.”

The new policy is also expected to consider strategies to better protect workers whose livelihoods depend on the natural environment and whose work is vulnerable to the effects of climate change.

In an interview, Alexander told SNA that after the 2008 economic reforms the Indian Ocean island nation’s private sector became the main force of economic growth, taking over from the from the public sector.

She said accelerated activity has created the need for more foreign workers especially to build hotels and support the expanding tourism industry, adding that unemployment in the archipelago is negligible.

To illustrate the need for all sectors to work together to make the new policy work, Alexander gave copies of the policy to fellow ministers, judges, parliamentarians, as well as representatives of the workers and employers.

The Seychelles government has received technical and financial assistance from the International Labour Organisation (ILO) to draft the new guidelines contained in the document.