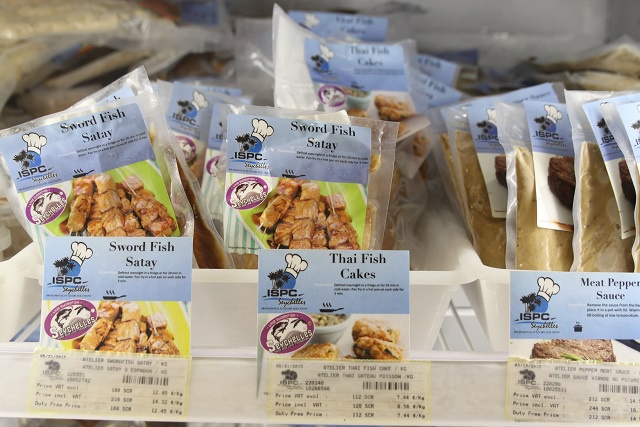 (Seychelles News Agency) - Seychelles, an archipelago of 115 islands, has a total land area of 455 km² spread over an Exclusive Economic Zone of some 1.3 million square km, which is home to a wide variety of fish species.

Despite the multitude of fish found in the vast Seychelles waters not so many of them are widely consumed by the population.

Some of those that feature in the daily traditional creole recipes are the jackfish, red snapper, trevally and other fish that are caught using the fish trap like the parrot fish and rabbitfish.

These are often considered by the island nation’s population of around 90, 000 people to have the best taste and with few bones.

While some species are considered the islanders favourite and even a delicacy being cooked in various ways and eaten at almost every meal there are some types of fish that are practically unexploited.

This is aside of the tuna, of course, which is canned mainly destined for the export market. The Seychelles’ tuna fishing industry is reportedly worth around $370 million in annual income to the economy, according to the Seychelles Fishing Authority.

Port Victoria, situated in the capital of the Seychelles, is one of the busiest tuna fishing ports in the world, where an average of 200,000 metric tonnes of fish are landed and transhipped every year.

The nearby Indian Ocean Tuna Ltd is one of the largest tuna canneries in the world, producing 1.5 million cans of tuna per day.

In recent months, however, a few companies in Seychelles have been exploring the untapped potential of the marine species mostly fish found in the Seychelles water.

Seychellois owned Amirantes Fisheries, for example, has found a way to ensure that by-catch from the foreign purse seiners fishing in the Seychelles' Exclusive Economic Zone is put to good use.

And now it’s the turn of a Belgian company, which is based in Seychelles, the International Sales and Promotion Company (ISPC), to make available on the local market, a whole range of value added fish products targeting species which are not commonly consumed by the Seychellois people.

The Seychelles branch of ISPC was set up December in 2006, as an offshore entity, which is located at Roche Caiman, some 2 km in the south of Victoria, providing wholesale food products to restaurants, hotels, ships and individuals.

The initiative is also aimed at contributing towards developing and maximizing yields from the 'blue economy', a concept which Seychelles is actively promoting within the region and beyond while calling for more ocean-related business activities locally.

According to ISPC’s Chief Executive, Alfred Fourcroy, the company began to venture into fish processing some 18 months ago and has to date created 35 products from the likes of swordfish satay, smoked marlin, burgers and Thai fish cakes.

“These are all easy to prepare as after defrosting overnight in a fridge, or for 20 minutes in water, they can be pan fried for 3 minutes…and served sliced with lemon or salad,” said Fourcroy.

When cutting fish into fillets, other parts such as the head and bones are thrown away, but by turning those unwanted part into fish soup this minimizes wastage.

Another product conceived by ISPC is the sesame crusted tuna.

Chef Florian Foucart explained to SNA that this is yellowfin [tuna] cooked on the outside to obtain the fish flavour, but kept raw on the inside.”

“This is a Japanese technique,” he said.

Fourcroy told SNA that swordfish, which constitutes the lion’s share of the long liners’ catch is the main fish being sought after by ISPC.

The company is aiming to maximize the use of the swordfish as Fourcroy explained that “there is an issue on the export market when it comes to swordfish, presumably because of its cadmium content and until now, no great demand locally.”

Previously, the Seychelles swordfish were exported to the European Union markets, but following the change of cadmium percentage tolerated by the EU in swordfish, Seychelles can no longer export this fish.

Marlin and sailfish are two types of fish which are being used to produce the value added fish products which is done in compliance with the strictest global sanitary regulations.

ISPC is also using some demersal fish, brought in by boats engaged in bottom fishing. These include the ruby snapper, grouper and parrot fish

To maintain a constant supply of fish, ISPC has been forced to offer more attractive prices to fishermen, which is generally believed to have contributed to an increase in the prices of fish.

"We have talked to the fishermen and found that thanks to the added value products that we are making, we can offer them slightly higher prices [for the fresh fish] and they are happy,” said Fourcroy.

While the focus is more on the local market ISPC is planning to test the export market at the Seafood Expo in Brussels, Belgium in April 2016, where the company will have a stand called "Fish of Seychelles" showcasing fish and fish products from the Indian Ocean archipelago.

“Our commercial vision is to continue serving local residents, hotels and supplying our retail outlets, before venturing into exports.”

ISPC is currently building a new 200 square metre kitchen in order to increase its production, which will be led by Lionel Rigolet, a chef with two Michelin stars.