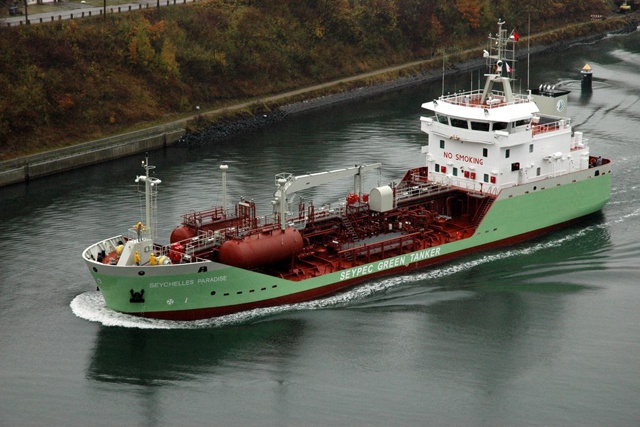 (Seychelles News Agency) - This morning saw the first discharge of crude oil by Seychelles’ smallest tanker ‘Seychelles Paradise’ from a ship that ran aground off the north coast of Madagascar on Thursday April 17.

The operation initially scheduled to start in the evening of Saturday April 26 only began last night.

Speaking to SNA this morning, the Chief Executive of the Seychelles Petroleum Company, Seypec, Conrad Benoiton confirmed that there had been some delay.

“The first discharge by ‘Seychelles Paradise’ was done early this morning at 2.00am,” said Benoiton.

“The tanker is commencing the second discharge today,” he added

Benoiton noted that the delay had nothing to do with the Seychelles tanker but that it was down to procedural approval that had not been finalised by the maritime and other relevant authorities in Madagascar.

The operation to remove some 10,000 cubic metres of crude oil from the 120-metre long vessel, ‘Tromso’, which was supposed to end today is now being delayed by three days.

Seychelles Paradise that has a capacity of 1,400 cubic metres has been contracted to support salvage operations of the Tromso’, flying the Bahamas flag.

The smallest of Seychelles’ six tankers, left the Seychelles Port of Victoria in the evening of Sunday April 20 arriving in the neighbouring Indian Ocean Island on Wednesday April 23.

Since then, it has been readily standing by to commence the operation.