Seychelles bankers on the alert against card skimming, fast response prevents over 800 clients from being affected 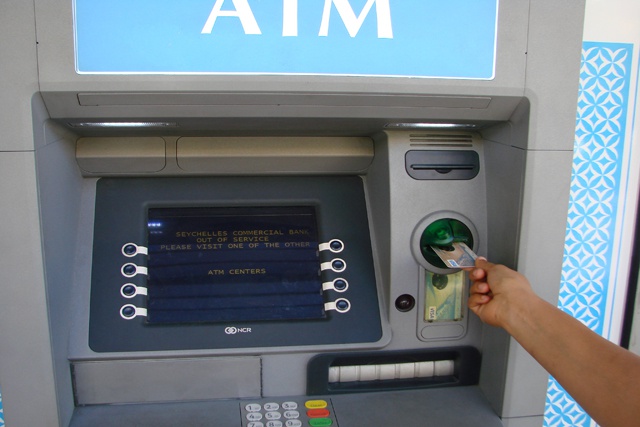 (Seychelles News Agency) - Over eight hundred ATM cards are expected to be changed and given new passwords in the Seychelles islands in the Indian Ocean, after two of the country's banks discovered that their ATM machines were targeted by people trying to extract client card information by card skimming.

According to the Seychelles bankers association, no client funds were extracted during that their skimming attempts.

On Friday evening, Seychelles police reported in a press statement that 3 suspects, 2 females and a male of east European origin have been apprehended as suspects in the  bank ATM skimming  incidents, which were reported on Tuesday, August 18. An investigation is ongoing.

Card skimming is conducted through small devices that can scan card data from the magnetic stripe of the card and the information is then used to make counterfeit cards, which the thieves use to spend money of the card owner.

Following the incidents, the Central Bank of Seychelles, Seychelles bankers association and the Seychelles police are now on the alert to tackle financial crimes such ATM card skimming.

“We are putting a lot of emphasis on detecting financial crimes and how to deal with them. Two recent activities support that, namely the regional SADC IT governance and business continuity management conference held in the country, as well as a workshop lead by KPMG whereby they discussed these financial crimes,” said Caroline Abel, the Seychelles Central Bank Governor in a joint press conference with the Seychelles bankers association on Friday.

The Governor briefed the press concerning the card skimming activity, which was identified on ATM machines of Mauritian Commercial Bank (MCB) and Seychelles Commercial Bank (SCB) where four skimming devices were removed and handed over to the Police.

The fraudulent activities are not limited to clients of the two banks only but may also affect those of the other banks which issue ATM cards in the country, as their clients can to use their cards on ATM machines of the MCB and SCB.

The immediate measures, starting from Wednesday night taken by the banks, were to block the client cards that could be compromised and over 800 new cards are expected to be issued to clients.

The fraudulent activities are suspected to have occurred during between August 18 and August 20.

“We are now aware that we are being targeted and we are working with the police to make sure that there is no reoccurrence of such events in the community. We want our clients to be more ATM-crime savvy and alert of us of any strange occurrence so that we can intervene very fast,” says Jackson.

In the recent past due to certain skimming activities, the banking community installed anti-skimming software. According to Jackson their offenders are very intelligent people who are continuously upgrading their software, therefore they have outdated the current software.

“As we make one step forward those people make another step in front of us. We need to protect our clients and whatever investments we need to make to fight financial crimes we need to make it,” Jackson affirms.

There is a common project in the region to introduce ATM cards that have microchip technology. It is considered as a big investment but it is expected to  better protect clients from card skimming.

The project is expected to be fully implemented in about three more years, Jackson confirmed.

The bankers association stated that the ATM machines in Seychelles are safe to use and will be monitored on a daily basis.