Seychelles population records an annual growth rate of 2.2% by mid 2015 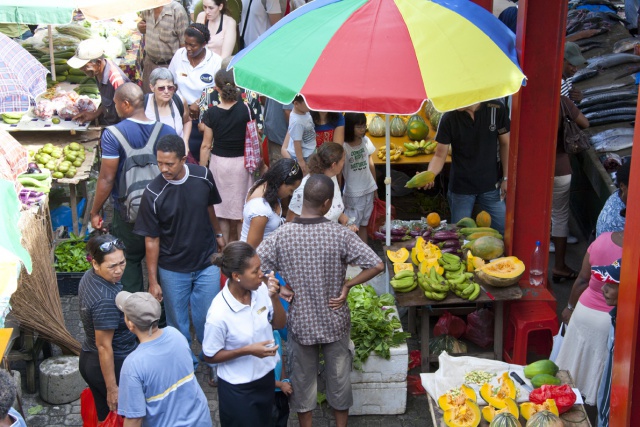 The Seychelles population stands at 93,419 according to figures recorded up to June 30 this year. (Gerard Larose, STB)

(Seychelles News Agency) - The Seychelles population stood at 93,419 at the end of June this year, according to new figures released by the Seychelles National Bureau of Statistics, NBS.

This according to NBS, represents an annual growth rate of 2.2 percent.

The latest estimate of the Seychelles population is a little over 3,000 more than the around 90,000 people recorded during the last population census, which was carried out in 2010.

Demographic statistics including births, deaths, marriages, divorces and migration data, which are collected by the Civil Status and the Immigration Division, are published bi-annually.

The latest population increase is due to two main factors; an increase in both the number of births and migration figure.

According to the NBS, the first six months of this year recorded 810 births and 829 migrants in Seychelles.

"The number of migrants recorded do not specify whether they are foreigners who have come to work in Seychelles, or if they are Seychellois who have returned to the country, after being away," the Director of the Geographic Information System at the National Bureau of Statistics Teresa Gopal, told SNA in an interview.

She added that the real proportion of foreigners residing in Seychelles can only be determined through a national census.

The last census dates back to 2010, and the next national census is planned in five years’ time, in 2020.

The latest statistical bulletin on Seychelles’ population also confirms that Baie Ste Anne, on the archipelago’s second most populated island of Praslin is the most populated district with 5009 people, followed by Anse Etoile, in the northern part of the main island of Mahé with 4,845 inhabitants.

Port Glaud, situated on the western coast of Mahé is currently the smallest district, with only 2,642 inhabitants.

The figures, again do not include foreign workers residing in these districts, including Baie Ste Anne where there are many hotels employing foreigners.

Seychelles is also facing the same problem as many developed countries, which is an ageing population.

"We have seen that the population tends to grow old because there is a low birth rate. The workforce also tends to decrease as Seychellois women are not having many children. This may cause problem in the future ... but at times there may be an increase like what we have now," said Gopal.

The National Bureau of Statistics predicts that the Seychelles population will double in 2060, taking into account the birth and death rates.